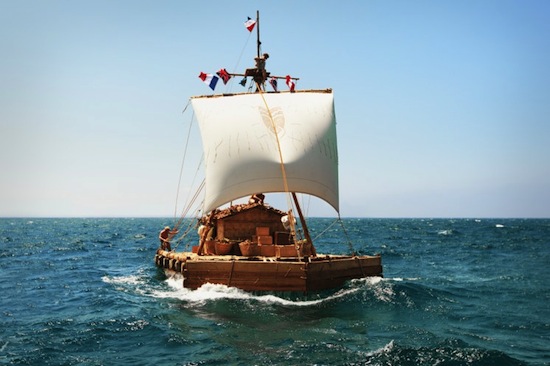 Real, old fashioned adventurers are somewhat scarce in this day and age –  there may be scientific expeditions in Antarctica, but the romance of Henry Morton Stanley stomping through the Congo isn’t quite as attainable in 2013. Safaris and treks through the Amazon are all well and good, but truly uncharted and dangerous exploration is getting harder to manage in the decade of Google Maps.

Not so in 1947. Enter Thor Heyerdahl, intrepid ethnographer – a man with a big idea, but no publisher willing to take him on. Desperately seeking conclusive proof of his theory – that Polynesia was first settled by ancient South Americans – he decides to take the four and a half thousand mile voyage across the Pacific Ocean himself. Furthermore, for this demonstration to have any validity at all, it must be done in the exact manner of the original settlers: a balsa wood raft, a large wooden oar as a rudder, and constructed with simple rope in lieu of stronger materials. The only concession to modernity is a two way radio. 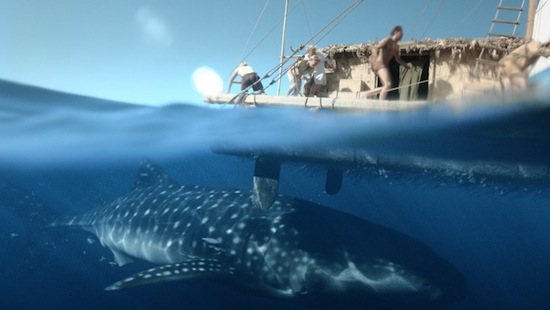 This is the premise of Kon Tiki –  if it wasn’t a true story, it would sound a little too contrived. It’s being billed as a family film – a good old fashioned adventure – and on this front, it shows up well enough. The sailing of the raft is of course where the action is, and it gets going quickly enough (i.e. as quickly as the necessary preamble allows). The cinematography is confident and satisfying  – shots demonstrating the scale of the ocean and its marine life in comparison to the tiny raft are done particularly well. 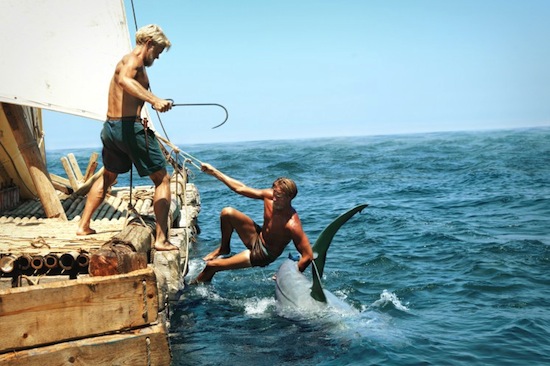 The cast also do a thoroughly professional job. Pal Sverre Hagen gives a strong performance in the lead role, showing Heyerdahl as a driven, intense man, obsessive steel blue eyes showing just a hint of insanity. The crew of Heyerdahls eponymous raft are given less of a chance to develop their characters – it is enough to know, perhaps, that they have volunteered for a borderline suicidal enterprise. 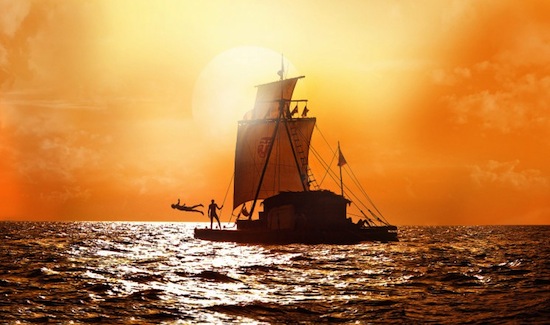 Kon Tiki is an enjoyable film – certainly family oriented, with a few moments of clunking familiarity that can be easily forgiven in this context. The film falls short as both an epic and a character portrait – but it is assured and polished filmmaking. And, given this reviewers ignorance of the original events – not to mention Heyerdahls 1951 Oscar winning documentary about his voyage – it is a welcome reminder that these kind of adventures did indeed take place, and that some had a happy ending.

RATING: 3 / 5 : See it …..  It’s Good  There really aren’t many better ways to describe Kon Tiki – and that is both a recommendation and a slight criticism.