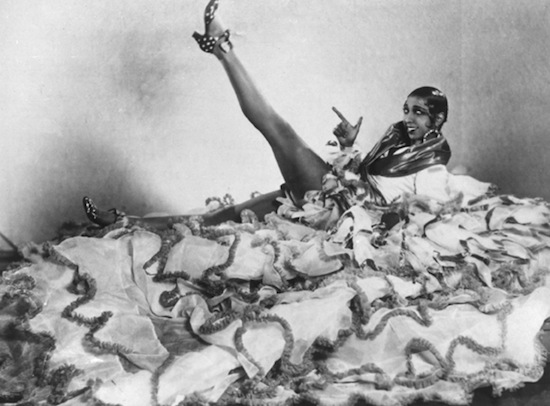 JOSEPHINE BAKER, A BLACK DIVA IN A WHITE MAN’S WORLD

The African Diaspora International Film Festival (ADIFF) and 43 year old historic Queens, New York based Black Spectrum Theatre are partnering for an early start of the 21st Annual African Diaspora International Film Festival with screenings to be held at Black Spectrum starting in October 2013 until the end of the festival on December 15.

Filmmakers and films include Maia Wechsler, director of MELVIN & JANE, AN AMERICAN STORY which revisits a 40-year-old American hijacking that led two former Black Panther Party members to relocate permanently to Europe, and New York based independent filmmaker Patrice Johnson who will present her two feature films NY’S DIRTY LAUNDRY, a comedy-drama set in the weeks after 9/11, when racial paradigms are shifted and hidden prejudices are revealed in heated and often hilarious exchange between the members of two immigrant families and HILL AND GULLY an urban Cinderella love story set during 2008, the historic election year of Barack Obama.

JOSEPHINE BAKER, A BLACK DIVA IN A WHITE MAN’S WORLD
A tender, revealing documentary about one of the most famous and popular performing artists of the 20th century. Her legendary banana belt dance created theatre history; her song “J’ai deux amours” became a classic, and her hymn. The film focuses on her life and work from a perspective that analyses images of Black people in popular culture. It portrays the artist in the mirror of European colonial clichés and presents her as a resistance fighter, an ambulance driver during WWII, and an outspoken activist against racial discrimination involved in the worldwide Black Consciousness movement of the 20th century.
Annette von Wangenheim, Germany, 2006, 45min, documentary in English/French/German with English subtitles.

MELVIN & JANE, AN AMERICAN STORY
Melvin and Jean McNair hijacked a plane from Detroit to Algeria in 1972 with their two babies on board, they called it an act of political resistance. The hijacking was also an act of desperation committed by two people in their early twenties who saw no other way to escape what they felt was the constant state of racial oppression in America. Living in Paris forty years after the hijacking and unable to return to the U.S., Melvin and Jean are still coming to terms with their crime and its lifelong consequences.
Maia Wechsler, USA/France, 2012, 59mins, documentary in English and French with English subtitles.

NY’S DIRTY LAUNDRY
In the weeks after 9/11, racial paradigms are shifted and hidden prejudices are revealed in this heated and often hilarious exchange between the members of two immigrant families (one Afro-Caribbean and the other Arab-Muslim) who clash in a crowded Brooklyn Laundromat and in an airless NYC taxicab. With mistrust already heightened, quarters are exchanged for political conversation as these “new” New Yorkers debate what it now means to be an American.
Patrice Johnson, USA, 2007, 117 min, comedy-drama in English

HILL AND GULLY
Hill and Gully is an urban Cinderella story, set during 2008, the historic election year of Barack Obama.  With palpable ‘Change’ in the air, love pursues an unhappy single mother, and her dysfunctional family who become transformed through the efforts of a psychiatrist who challenges them to speak their secret wishes and to take a chance on opening their hearts to their deepest dreams.
Directed by Patrice Johnson Chevannes, 2011, 113 min, USA, Drama, English.

ALUKU LIBA, MAROON AGAIN
Loeti has spent years away from his village in French Guiana, working in extreme conditions. When the army cracks down on illegal gold mining in the Amazon forest, he is forced to flee and must use the skills he learned as a child to survive in the forest. His only hope is to find his way home to his people and reclaim his Maroon past and culture.
Directed by Nicolas Jolliet, 2009, 90 min, Canada/French Guiana/Suriname, Documentary/Drama

GRENADA: COLONIALISM AND CONFLICT
A chronicle of the philosophical and sometimes bloody struggles Grenadians have waged against colonialism and its long-lasting psychological influences. Grenadian leaders fought against colonialism in different ways. Julian Fedon freed 100 slaves to fight the British. Eric Gairy led the poor people in a massive strike and obtained many improvements for them. Maurice Bishop led a successful coup against Eric Gairy in 1979, promising education and societal reform. History tells the tale, however, that even as Grenadian leaders have struck blows at colonialism, they have at times employed the tools of oppression taught to them by their colonial masters.
Valerie Scoon, Grenada/USA, 2012, 45min, documentary in English

RETURN TO GOREE
A musical road movie, Return to Gorée follows Senegalese singer Youssou N’Dour’s historical journey tracing the trail left by slaves and the jazz music they created. Youssou N’Dour is performing the last concert in Gorée, the island that today symbolizes the slave trade and its victims.
Directed by Pierre-Yves Borgeaud, 2006, 108 min, Senegal/Switzerland/Luxembourg, Documentary, English with French and English subtitles.

THE PIROGUE
In Moussa Toure’s powerful epic fiction film, Baye Laye is the captain of a fishing pirogue. When he is offered to lead one of the many pirogues that head towards Europe via the Canary Island, he reluctantly accepts the job. Leading a group of 30 men and a woman who don’t all speak the same language, some of whom have never seen the sea, Baye Laye will confront many perils in order to reach the distant coasts of Europe.
Directed by Moussa Toure, 2012, 87 min, Senegal/France/Germany, Drama, French and Wolof with English subtitle