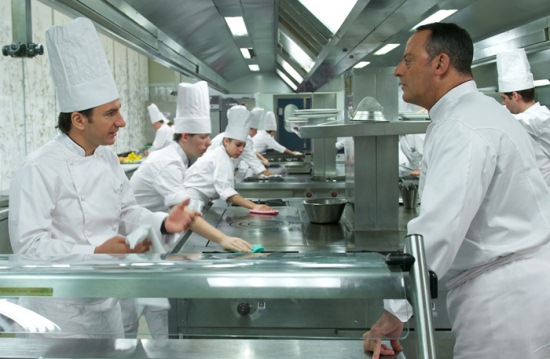 Good news for RiverRun Film Festival.  The festival announced that it has been accepted as a qualifying festival for the Oscars® in the Documentary Short Subject award category. Beginning with this year’s Festival, recipients of RiverRun’s Jury Award for Best Documentary Short will qualify for consideration in the Documentary Short Subject category of the annual Academy Awards®.  The Festival also announced it’s two opening night fllms and closing night film for the 2014 festival.  The first opening night film, LE CHEF, is an uproarious comedy in which a famous veteran chef faces off against his restaurant’s new CEO. The second opening night film is TO BE TAKEI, a documentary about 76 year-old George Takei, who has become more popular than his Sulu days on “Star Trek” through his active social media presence in the movements for marriage equality and for reparations for the victims of Japanese internment camps.  The Festival will close on April 13 with BICYCLING WITH MOLIÈRE, in which a retired actor Serge (Fabrice Luchini) is approached by Gauthier to star in a revival of Molière’s The Misanthrope, but he plays hard to get.

In the uproarious comedy, LE CHEF, a famous veteran chef (Jean Reno) faces off against his restaurant’s new CEO, who wants the establishment to lose a star from its rating in order to bring in a younger chef who specializes in molecular gastronomy.

TO BE TAKEI. Over seven decades, actor and activist George Takei boldly journeyed from a WWII internment camp to the helm of the starship Enterprise to the daily news feeds of five million Facebook fans.  Join George and his husband Brad on this star’s playful and profound trek for life, liberty and love.

BICYCLING WITH MOLIERE. Retired actor Serge (Fabrice Luchini) is approached by Gauthier to star in a revival of Molière’s The Misanthrope, but he plays hard to get. Serge’s new lover, the play’s producer and his agent arrive on the same weekend to pressure him to make up his mind.

HORSES OF GOD, Morocco’s Foreign-Language Oscar Entry to Be Released in the U.S.