The Horizontes Latinos program of the 63rd San Sebastian Festival will include fourteen films from Argentina, Brazil, Columbia, Cuba, Chile, Guatemala, Mexico, Peru and Venezuela. Films that have competed or premiered at important international festivals, but which have not yet been screened at a Spanish festival or had their commercial release in Spain.

The Horizontes Latinos program will open with Pablo Larraín’s El club, Silver Bear Grand Jury Prize at the last Berlin Festival. The film tells the tale of four men who share a secluded house in a small beach town, sent there to purge the sins they have committed in the past.

The selected films compete for the Horizontes Award, decided by a specific jury and coming with €35,000, of which €10,000 will go to the director of the winning film, and the remaining €25,000 to its distributor in Spain.

EL CLUB (THE CLUB) (pictured in main image above)
PABLO LARRAÍN (CHILE)
Opening Night Film
Pablo Larraín won the Silver Bear Grand Jury Prize at the last Berlin Festival with this film. Four men share a secluded house in a small beach town, sent there to purge the sins they have committed in the past.

600 MILLAS (600 MILES)
GABRIEL RIPSTEIN (MEXICO)
Arnulfo Rubio, a young gun trafficker between the United States and Mexico, is being followed by ATF agent Hank Harris. After a risky mistake by Harris, Rubio makes a desperate decision: he smuggles the agent to Mexico. Best First Feature Award in the Panorama section of the Berlin Festival.

EL BOTÓN DE NÁCAR (THE PEARL BUTTON)
PATRICIO GUZMÁN (FRANCE – CHILE – SPAIN )
Chilean filmmaker Patricio Guzmán talks to us in his latest documentary about water, the cosmos and ourselves, human beings. It all begins with the discovery of two mysterious buttons in the depths of the Pacific Ocean, off the coast of Chile.

CHRONIC
MICHEL FRANCO (MEXICO – FRANCE)
David is a nurse who works with terminally ill patients. Efficient and dedicated to his profession, he develops strong and even intimate relationships with each person he cares for. But outside of his work David is ineffectual, awkward, and reserved. Best Screenplay Award-winner at the Cannes Festival.

DESDE ALLÁ (FROM AFAR)
LORENZO VIGAS (VENEZUELA)
Armando, aged 50, looks for young men in the streets of Caracas and pays them to come back to his house with him. He also regularly spies on an older man with whom he seems to have ties from the past. One day he meets Elder, aged 17, leader of a small band of thugs. Competitor in the Official Selection of the Venice Festival. 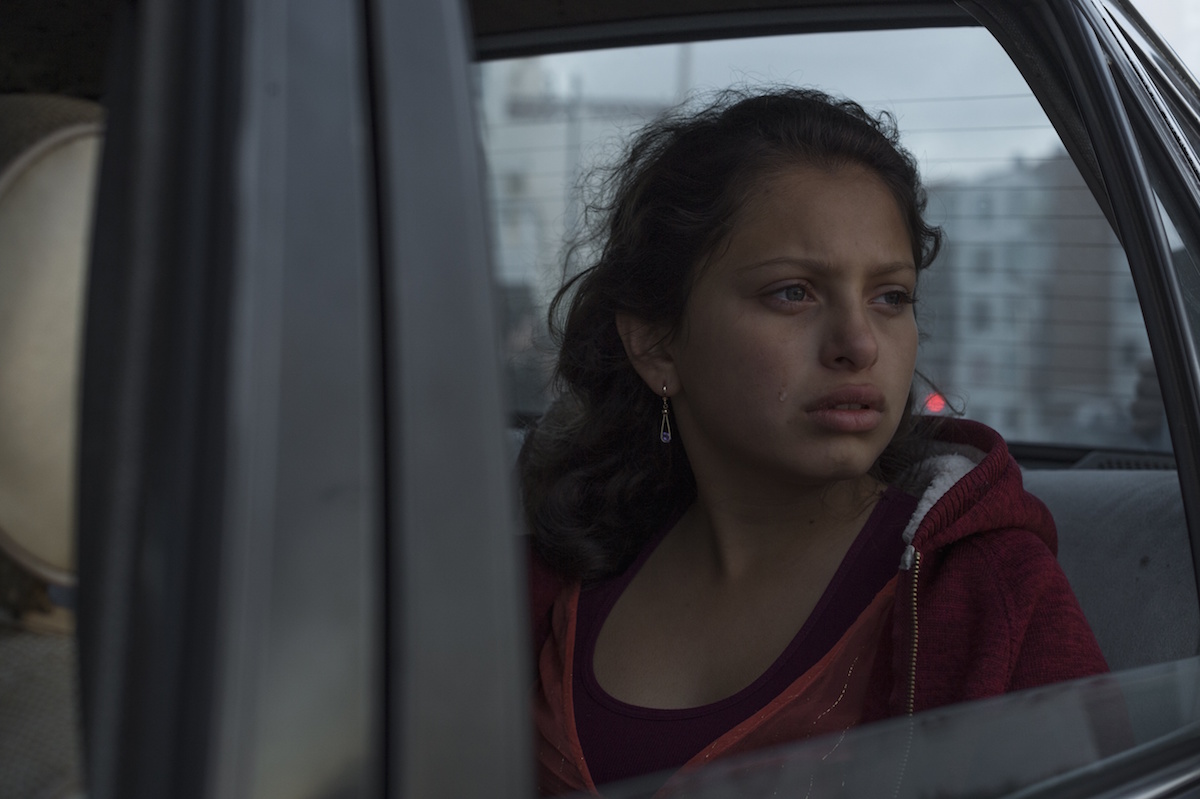 David Pablos’s second film took part at the San Sebastian Co-production Forum in 2014 and premiered in the Un Certain Regard section of Cannes Festival. Sofia, 14 years old, is in love with Ulises. Because of him, in spite of him, she is forced into a prostitution ring in Mexico. To set her free, Ulises will have to find another girl to replace her.

IXCANUL
JAYRO BUSTAMANTE (GUATEMALA – FRANCE)
María, a 17 year-old Mayan girl, lives and works with her family in a plantation on the Guatemalan plateau. Her days go by uneventfully until her parents arrange her marriage to the estate foreman, Ignacio. A film that landed a special mention at the last edition of Films in Progress and competed at the Berlin Festival, where it won the Alfred Bauer Award.

MAGALLANES
SALVADOR DEL SOLAR (PERU – ARGENTINA – COLOMBIA – SPAIN)
Winner of Films in Progress at last year’s Festival. Magallanes recognises a woman getting into a taxi. It’s Celina, the young peasant girl he randomly arrested more than twenty years ago, when he was a soldier. They both have unfinished business. And for Magallanes, this is an opportunity to redeem himself. Damián Alcázar, Magaly Solier and Federico Luppi play the leading parts.

LA OBRA DEL SIGLO (THE PROJECT OF THE CENTURY)
CARLOS M. QUINTELA (CUBA – ARGENTINA – GERMANY -SWITZERLAND)
Amidst a mosquito plague, Leonardo, struggling with the breakdown of his relationship, moves back to live with a grandfather who fights with everyone and everything, and a father living with the melancholy of the unfinished. Tiger Award-winner at the last Rotterdam Festival.

PAULINA
SANTIAGO MITRE (ARGENTINA – BRAZIL – FRANCE)
Paulina decides to leave her brilliant law career to teach in a downtrodden Argentinian region. In a hostile atmosphere, she will set about her pedagogical mission, even if it means losing her boyfriend and confrontation with her father. Fipresci Prize-winner at the last Cannes Festival Critics’ Week.

PARA MINHA AMADA MORTA (TO MY BELOVED)
ALY MURITIBA (BRAZIL)
Fernando is a good man who takes care of his only child, Daniel, a shy and sensitive boy. Following the death of his wife Ana, every night Fernando recalls their love as he sorts out his beloved dead spouse’s belongings. One day he finds a VHS tape that will change everything. This movie participated in the Films in Progress section at the last Festival. The film took part at the Co-Production Forum in 2014.

TE PROMETO ANARQUÍA (I PROMISE YOU ANARCHY)
JULIO HERNÁNDEZ CORDÓN (MEXICO – GERMANY)
Julio Hernández Cordón’s new film was selected for the Locarno Festival Competition. Miguel and Johnny have known each other since childhood. They spend their time skateboarding and having fun. To make easy money and continue skateboarding, they sell their own blood clandestinely. They turn the ploy into a business, until a major transaction doesn’t turn out as they’d expected.

Winner of the Caméra d’Or at the Cannes Festival, after having participated at the San Sebastian Co-Production Forum in 2013, this film portrays a family as they try to repair the fragile ties that bind them in the face of their imminent disappearance, brought about by the overwhelming power of progress.