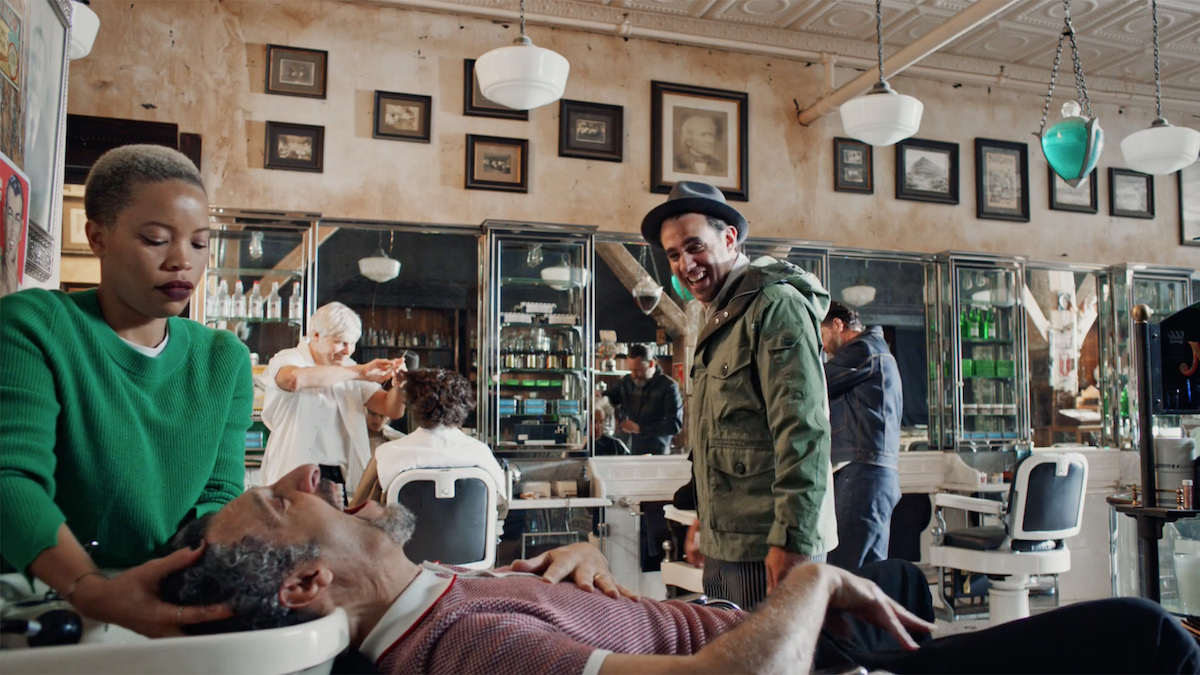 Delving deeper into the medium of film, the brand introduces a conceptual short feature directed by and starring Golden Globe-nominated actor John Turturro alongside two-time Emmy-winner Bobby Cannavale, marking yet another engaging initiative under the ‘rag & bone Films’ umbrella.

“For us, projects like these are about creating a paradigm shift in the way people view fashion. Film and photography are engrained in our brand DNA and we love exploring both mediums in different ways every season. This project was a joy to be part of and it was a real honor to work with John and Bobby on it.” – Marcus Wainwright, rag & bone CEO, Founder and Creative Director

Shot by Fred Elmes (Blue Velvet, The Night Of, Broken Flowers) in Williamsburg, Brooklyn the film features an improvised conversation about a man’s particularity for his hair.

Truly masters of their craft, Turturro and Cannavale deliver a lightheartedly engrossing and completely unscripted performance while dressed in the rag & bone Spring/Summer 2017 collection.

“It was fun to find the right location that would complement the rag & bone clothing. I scouted several places with Fred Elmes and we felt that this specific classic barber shop was the perfect location. Clothes and hair go together; they’re part of your social identity.” – John Turturro

Stranger With My Face Announces Attic Lab Filmmakers for 2017