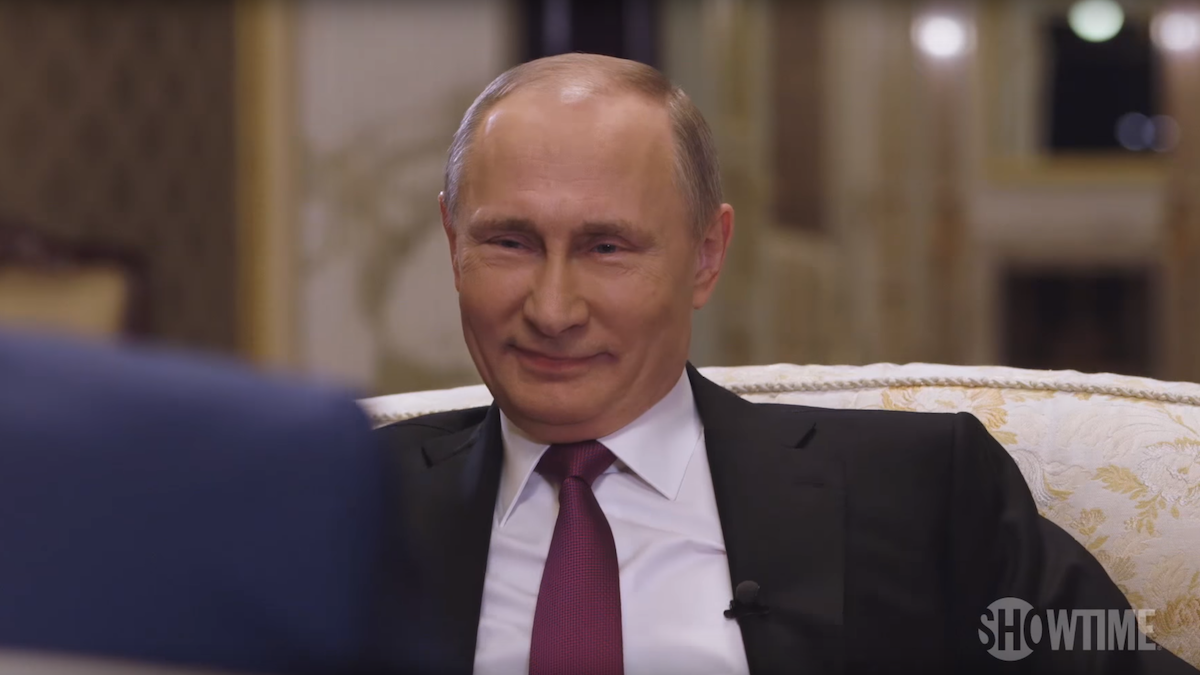 Showtime has released a new extended clip from Oliver Stone’s unprecedented conversations with Vladimir Putin, the docuseries – The Putin Interviews.  The clip is pulled from hour four of the special, which features Stone’s most recent discussion with the Russian president this past February, following the U.S. presidential elections.

In the newly released clip, Putin offers his opinion of his former Cold War foe, Senator John McCain, that sheds light on how Putin views today’s global affairs in a historical context.

Additionally, a new video for The Putin Interviews was released that features a behind-the-scenes look and interview with Stone, about the making of the television special.

In one of multiple interviews over the course of two years, Oliver Stone interviews Russian President Vladimir Putin while he is driving, where Putin discusses his point of view on Edward Snowden.

Granted intimate access to both Putin’s professional and personal worlds, Oscar(R)-winning writer and director Oliver Stone (Platoon, Snowden), with the help of his longtime documentary producer Fernando Sulichin, interviewed the Russian leader more than a dozen times over the course of two years. Since first becoming the president of Russia in 2000, Putin has never before spoken at such length or in such detail to a Western interviewer, leaving no topic off limits. In scope and depth, The Putin Interviews recalls The Nixon Interviews, the series of conversations between David Frost and Richard Nixon that aired in the spring of 1977, 40 years ago.

The Putin Interviews will have its world television premiere on Showtime over four consecutive nights starting on Monday, June 12 at 9 p.m. ET/PT.