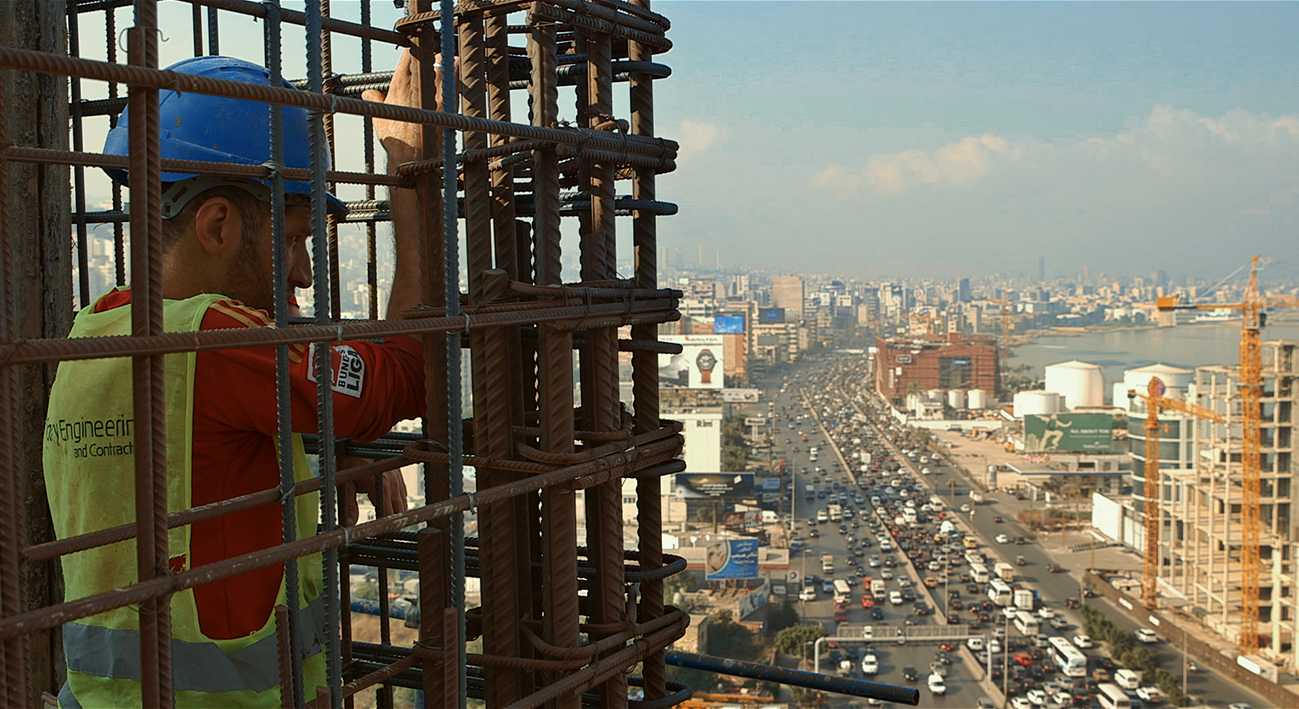 Taste Of Cement, Ziad Kalthoum’s highly-acclaimed portrait of exiled Syrian construction workers building a skyscraper in Beirut while at the same time their own homes are being shelled, will open London’s Open City Documentary Festival.  The film will receive its UK Premiere on Tuesday September 5, 2017, at Picturehouse Central.

Michael Stewart, Founder of Open City Docs, said: “We are delighted to open this year’s festival with the beautiful, poignant Taste Of Cement. At Open City our aim is to create an open space to nurture and champion the most innovative and creative documentary filmmakers from across the globe and Ziad Kalthoum’s mesmerizing film epitomizes this perfectly.”