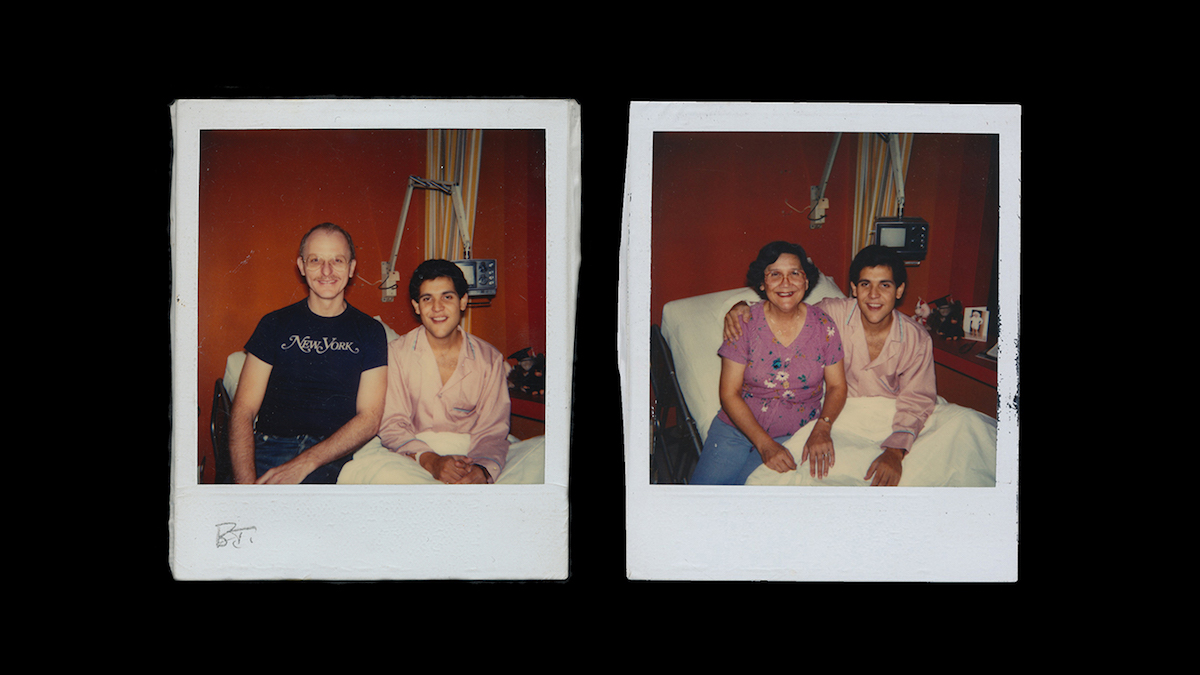 Twenty-five years after her uncle died of AIDS, filmmaker Cecilia Aldarondo delves into the secrecy surrounding his death in the documentary Memories of a Penitent Heart.

Memories of a Penitent Heart, which premiered at the 2016 Tribeca Film Festival, will have its national broadcast premiere on the PBS documentary series POV (Point of View) on July 31, 2017.

Like many gay men in the 1980s, Miguel moved to New York City in search of a life out of the closet; he found a career in theater and a rewarding relationship. Yet in the midst of the AIDS crisis, his devout Catholic mother pressured him to repent for his homosexuality on his deathbed. Twenty-five years later, his niece Cecilia Aldarondo breaks the silence surrounding her uncle’s death, sifting through conflicting memories of a man she never really knew. She locates Miguel’s estranged partner and begins to unlock long-dormant family secrets.

Through home movies, audio recordings, family photos, letters and interviews, Cecilia Aldarondo’s Memories of a Penitent Heart reconstructs her uncle Miguel’s New York life, one he lived far from his family, especially his religious mother. Along the way, her investigation untangles a knot of family secrets, denials and repressed conflicts.

Born and raised in the 1970s in Puerto Rico, Miguel Dieppa was a gay man eager to leave the island in search of Broadway fame in New York City.

Aldarondo’s investigation begins with a two-year search for Miguel’s long-time partner, Bob, who disappeared after Miguel’s funeral. When she eventually finds him, he is living in Pasadena, California, as Father Aquin, a Franciscan monk. Through the reminiscences of Aquin and others who knew him, Miguel emerges as a charismatic and vivacious actor and playwright, struggling to live comfortably in his own skin.

We see glimpses into Miguel’s restlessness in his autobiographical play, Island Fever: “I guess that’s a diagnosis for my case. It’s that feeling that creeps on up on those who have known wide spaces, or long to do so.”

Miguel seems eternally torn between two identities. His New York friends know him as Michael, a freedom-loving gay thespian, while to his family in Puerto Rico he remains Miguel, the obedient son who downplays his sexuality.

Unexpectedly, Miguel begins to get sick, and although he refuses to be tested, telltale skin lesions on his legs indicate AIDS as the underlying illness.

Miguel’s illness places Bob on a collision course with Miguel’s mother, Carmen, as the two come to represent opposing faces of faith. Fearing that her son is not yet “dead to life but dead to grace,” Carmen feels Miguel can only find redemption if he repents.

Delving into her family’s trove of secrets, Aldarondo’s Memories of a Penitent Heart examines the light and dark sides of faith and how we fight over the memories of those we love. In the director’s intensely personal film, Miguel’s friends and family reflect on their imperfect relationships. Considering her own flaws, Miguel’s sister (Aldarondo’s mother) Nylda reflects, “The bottom line is that we all need to survive and we use different ways of surviving, according to our gifts, our limitations and our circumstances.” That prompts her daughter to ask, “Can’t we survive and look out for others as well?”

Memories of a Penitent Heart is a brave and honest exhumation of buried resentments that ultimately reveals how reflections on grief, betrayal and love bring us closer to reconciliation.

Memories of a Penitent Heart