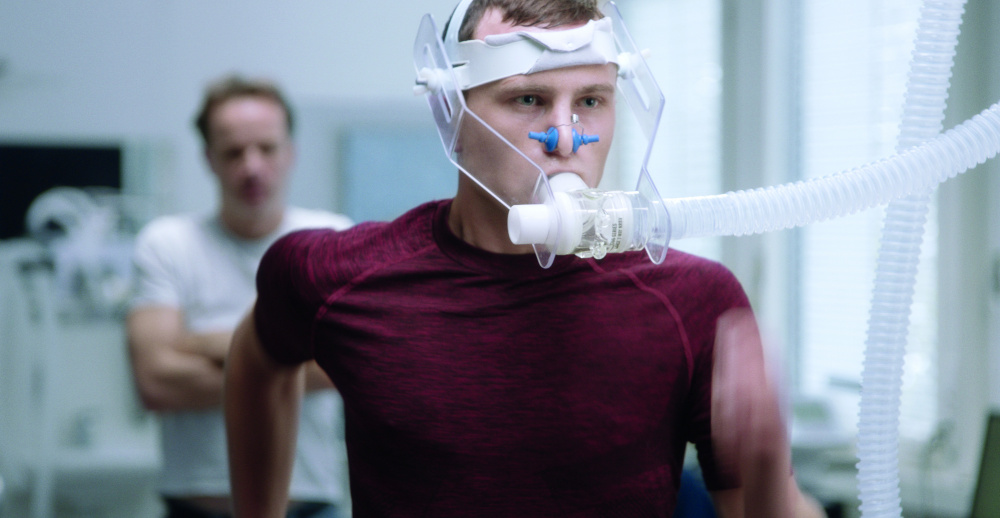 Based on a real-life crime that took place in Berne, Midnight Runner (2018) will screen at the 14th Zurich Film Festival. The Swiss production is one of twelve films to compete for the Golden Eye in the festival’s FOCUS competition section. Director Hannes Baumgartner and the producers Stefan Eichenberger and Ivan Madeo from Contrast Film will be in Zurich to present their film.

Midnight Runner tells the story of successful long-distance runner Jonas Widmer, who, in addition to training for the Olympic marathon, is a hard-working chef and forms one half of a stable relationship. Jonas becomes increasingly haunted by memories of his dead brother after failing to defend a home-race title. Unable to express his inner suffering in words, the protagonist’s growing despair leads him to live a tragic double life.

Zurich-born director Hannes Baumgartner based his feature film on a real-life Swiss crime. Transposed to the present day, Baumgartner’s interpretation of the actual case is subjective. He presents an ambivalent on-screen character, the actions of whom he attempts to understand as a result of a densely woven network comprising formative experiences, repressive processes and inner turmoil.

Midnight Runner is Hannes Baumgartner’s debut feature film. Baumgartner worked on the screenplay together with author Stefan Staub. Actor Max Hubacher, recent winner of the Swiss Film Award for Best Actor for his role in MARIO (2018), plays the lead. Luna Wedler can be seen in a supporting role. This up-and-coming Swiss actress was a guest at last year’s Zurich Film Festival with the winning film BLUE MY MIND (2017).

MEMOIR OF WAR Based on Marguerite Duras’ Novel “The War: A Memoir” Sets August Release Date