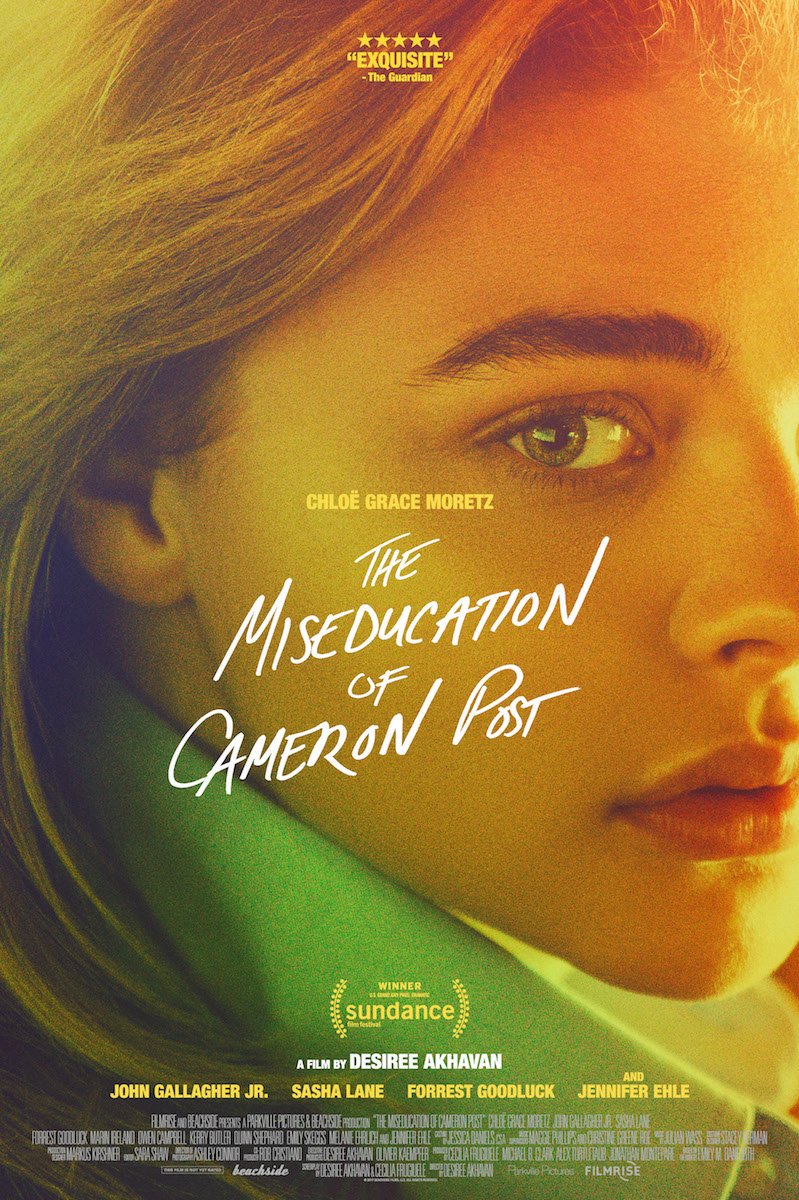 Based on the celebrated novel by Emily M. Danforth, The Miseducation of Cameron Post directed by Desiree Akhavan follows the titular character (Chloë Grace Moretz) as she is sent to a gay conversion therapy center after getting caught having sex with the prom queen.

Run by the strict Dr. Lydia Marsh (Jennifer Ehle) and her brother, Reverend Rick (John Gallagher Jr.) — himself an example of how those in the program can be “cured” — the center is populated by teens “struggling with same-sex attraction.” In the face of outlandish discipline, dubious methods, and earnest Christian rock songs, Cameron forms an unlikely gay community, including the amputee stoner Jane (Sasha Lane) and the Lakota Two-Spirit, Adam (Forrest Goodluck). In creating a family on her own terms, she learns what it means to empower herself and have confidence in her identity.