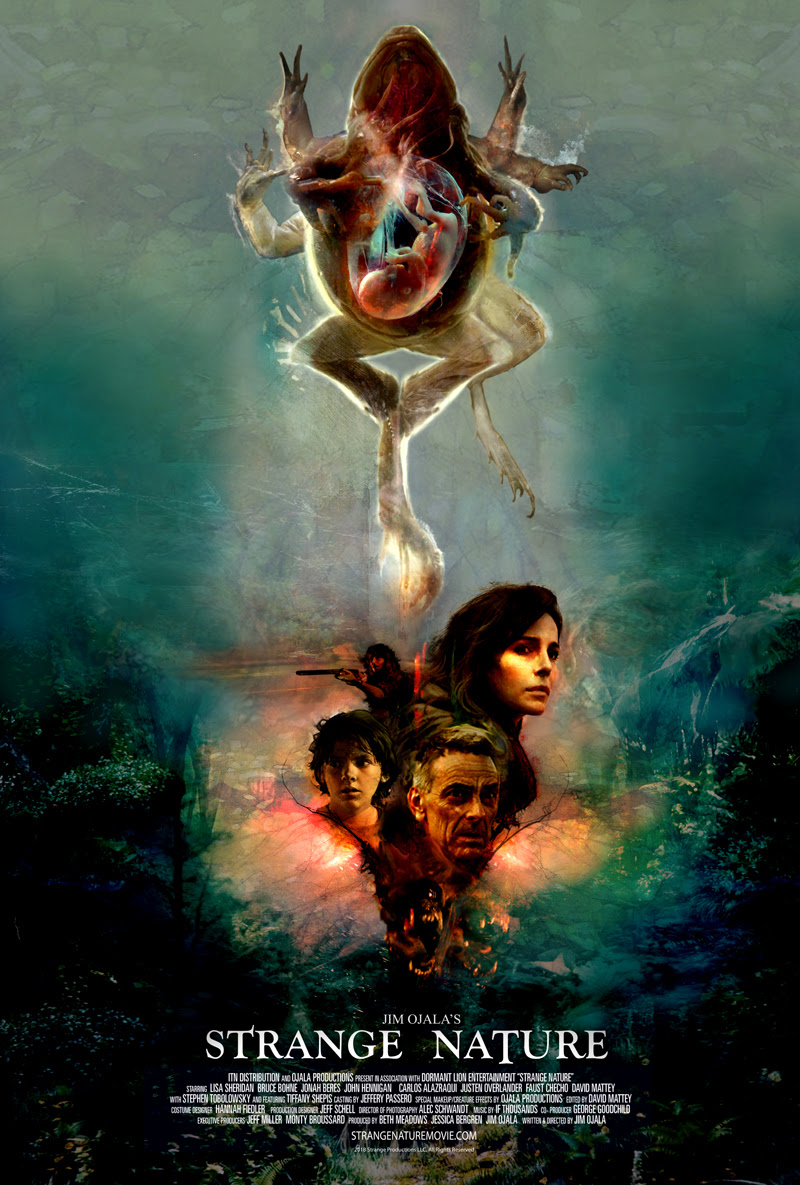 Based on true unsolved outbreaks of wildlife mutations, fall fright-fest Strange Nature marks the directorial debut of fx maestro James Ojala (Hellboy II: The Golden Army, Thor, Tron: Legacy) and stars Lisa Sheridan, Stephen Tobolowsky, wrestling superstar John Hennigan, Tiffany Shepis, and Carlos Alazraqui. The film follows Kim (Lisa Sheridan) and son Brody who find themselves in the middle of a horrendous phenomenon where deadly offspring mutations spread from animals to humans, after moving in with her estranged hermit father in the backwoods of a small town

Strange Nature leaps into theaters from Sep 22 (Los Angeles with other cities to follow).

In the same area, a single mother, Kim, and her 11-year-old son, Brody, have just moved in with her estranged father, Chuck. It’s not long before they too start witnessing strange occurrences including a disemboweled deer and the family dog’s deformed puppies.

As the fear rises the rumors begin to fly. Some blame the intimidating disfigured hermit father and daughter who live on a surrounding lake. Environmental science points to the water sources. Possibly causes are pesticides, parasites or both. As the chaos spreads it becomes clear that Chuck’s cabin is a hotspot ground zero for these mutations.

Trent, a grade school science teacher investigating the cases begins to fall for Kim while trying to protect her and Brody from whatever is coming next. Suddenly, a couple of teenagers go missing. Their mutilated bodies are found only a mile away. The attacks are so brutal it doesn’t seem humanly possible.

Then another. Could it be a man or a beast?

Finally, the unthinkable: the first human baby is born with similar horrid birth defects as the animals. Ultrasounds show an increasing number of abnormal fetuses with similar defects on the way. Upon delivery, the mothers start getting sick. Extremely sick.

Fearful for her unborn child and family, Kim searches for answers and a safe escape…

if there is anywhere safe.

Strange Nature builds to an uncompromising climax of the terrors affecting a nice, quiet town and possibly future generations everywhere.