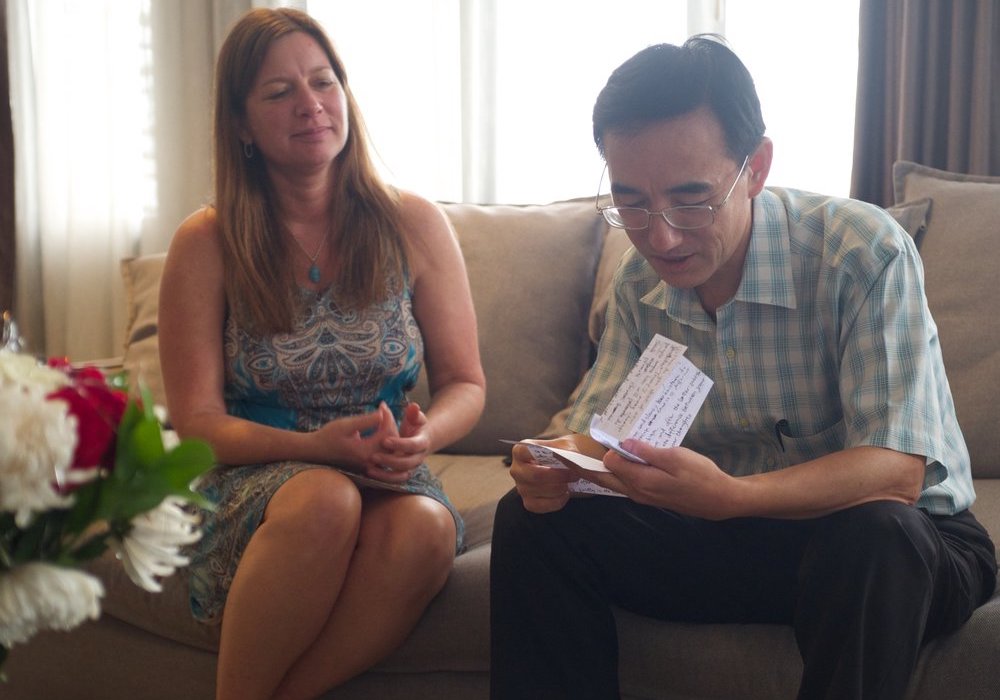 Filmmaker and Peabody Award winner, Leon Lee’s social justice documentary Letter From Masanjia, follows the true story of an Oregon woman who finds a desperate SOS letter penned by a political prisoner in her Halloween decorations and the nail-biting chain of events that it sparks when she takes the letter public, exposing appalling flagrant human rights violations – that leads to sweeping labor reform in China.

Imagine being a young mother buying holiday decorations at a local Kmart, only to discover a letter asking for help from a prisoner in a labor camp in China? This is a shockingly true tale that dominated the news in real time then and is sadly as prominent a story as it is now I our current political climate as we celebrate Thanksgiving this week. Canadian based, acclaimed filmmaker and Peabody Award winner, Leon Lee’s social justice documentary “Letter From Masanjia,” shines a powerful light on human rights violations in China. When this story originally broke it was covered around the world affecting unprecedented change with the American disovery of a political prisoners letter.