The Humboldt Film Festival (HIFF) has been bringing independent and alternative short films to Humboldt County for 47 years. As the world’s oldest student-run film festival, we create a unique venue for digital media that enjoys an international reputation for supporting and celebrating independent filmmakers.

Founded in 1967 by a group of film-loving Humboldt State University students, the Humboldt Film Festival continues to expand over the years, now featuring several days of public screenings, workshops, and presentations by guest filmmakers. The festival promotes the art of film, not only as a means of entertainment, but also as an instrument for self-expression, and a stimulus for dialogue about social, political, and cultural issues. 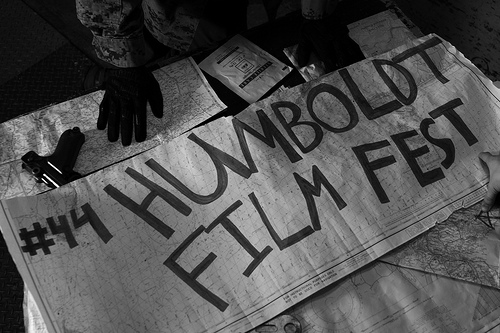 The Humboldt Film Festival, described as the the’ world’s oldest student-run film festival’ ..’bringing independent and alternative short films to Humboldt county for forty-three years’ recently wrapped an announced it’s 2011 winners. Swing, directed by Yen-Ting Kuo, took the top prize Best of the Fest, in addition to Best Animated Film at the 44th edition. SWING is about how living people influence the perspectives of people on the brink of death. If there was choice […]