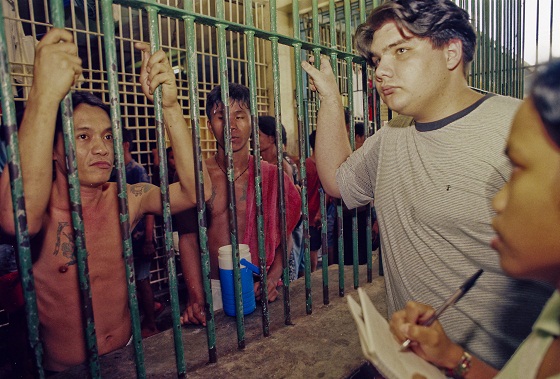 And the votes are in. The 10th annual Tribeca Film Festival (TFF) announced the documentary film ‘Give Up Tomorrow’ as the winner of the Heineken Audience Award. The film’s director, Michael Collins, will receive a cash prize of $25,000.

The film tells the story of culinary student Paco Larrañaga, who, at 19 years old in 1997, was arrested for the kidnap, rape, and murder of two sisters on the provincial island of Cebu in the Philippines. Despite demonstrable evidence of his innocence, including 40 eyewitnesses and photographs placing him hundreds of miles from the scene, Paco’s legal ordeal was only just beginning. Dubbed the Philippines’ “trial of the century,” Paco’s ordeal became a galvanizing focal point in a far-reaching exposé of gross miscarriage of justice at the highest levels.

Following the case and its aftermath for more than a decade, the film traces Paco’s story from the ethnic and class tensions at its roots, through a distracting thread of tabloid sensationalism, and ultimately to appeals and interventions from foreign governments and NGOs as the injustice of Paco’s situation becomes ever more stark and undeniable.

“From the first standing ovation of Give Up Tomorrow at its premiere at the Festival it was clear that audiences were passionate about the portrayal of Paco Larrañaga’s unjust incarceration. We hope that the film will raise awareness of Paco’s plight and lead to his freedom,” said Nancy Schafer, Executive Director of the Tribeca Film Festival. “This film is remarkably well crafted and I hope this award brings it the additional visibility it deserves.”

“Tribeca was there from the beginning. They really gave us the introduction to the film world,” said director Michael Collins. “This award gives us so much hope. Now I know that the film is going to be seen by a broader audience and I’m incredibly grateful.”

Give Up Tomorrow will have its final screenings on Sunday, May 1 at 12 noon and 9 p.m. at Clearview Cinemas Chelsea, as will the rest of the films that won awards at the 2011 Tribeca Film Festival. Specific times for the other films are available on the Festival website.

2011 Tribeca Film Festival: One on One with director Eva Mulvad of The Good Life