Founded in 2007, the Iowa Independent Film Festival first opened its doors in Mason City and has been doing it ever since all the while expanding to nearby Clear Lake, Iowa. 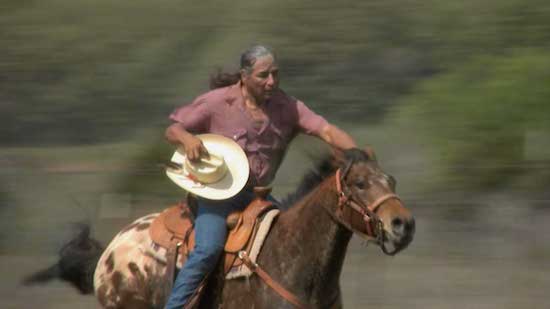 Iowa Tribe of Oklahoma Equine Program Director, Ken McClellan astride Ioway Chief in a scene from “Lost Nation: The Ioway 2.”

Indie film “LOST NATION: THE IOWAY” directed by Kelly Rundle is the winner of the Best Feature-Length Documentary of the 2013 Iowa Independent Film Festival. “LOST NATION: THE IOWAY” tells the nearly forgotten story of the Ioway Indians, and their impact on American history, CAROL TILLEY: COMIC BOOK CRUSADER received the award for Best Short Documentary, and THE RIGHT REGRETS won the award for Best Short Feature