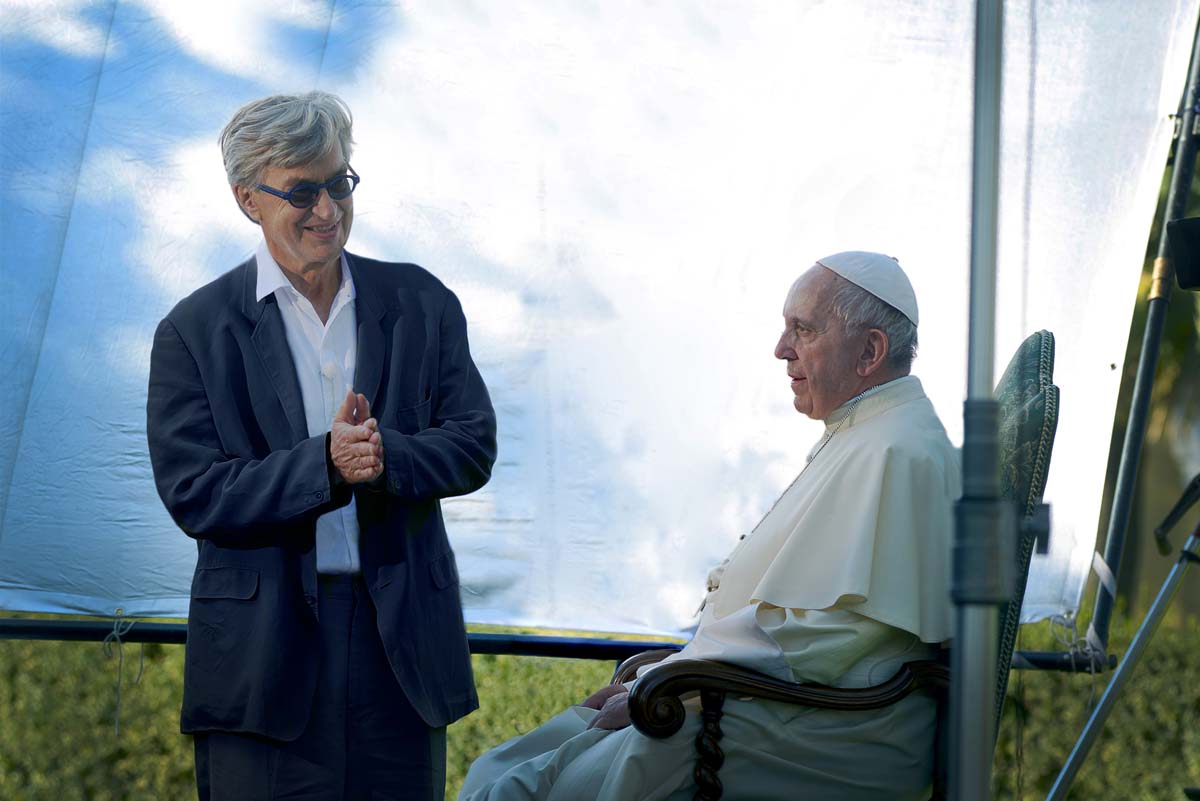 Focus Features has released the official trailer for Wim Wenders’  Pope Francis – A Man of His Word, the new documentary feature with Pope Francis.

Pope Francis – A Man of His Word is intended to be a personal journey with Pope Francis, rather than a biographical documentary about him. The pope’s ideas and his message are central to this documentary, which sets out to present his work of reform and his answers to today’s global questions. From his deep concern for the poor and wealth inequality, to his involvement in environmental issues and social justice, Pope Francis engages the audience face-to-face and calls for peace.

Pope Francis – A Man of His Word is a significant nonfiction film, as it is not a biography about the Pope, rather a film with him.

On March 13th, 2013, the Cardinal of Buenos Aires, Jorge Mario Bergoglio, became the 266th Pope of the Catholic Church. As Pope Francis, he has made communication a vital element of the Church and a key component of his remarkable work of reform.

In Pope Francis – A Man of His Word, he responds to questions submitted from around the globe. Exclusive footage from the Vatican’s archive shows the Pope on journeys, sharing his ideas and ideals in different parts of the world.

Mr. Wenders commented, “Pope Francis is a living example of a man who stands for what he says. In our film, he speaks directly to the viewer, very candidly and spontaneously. We wanted Pope Francis – A MAN OF HIS WORD to be for all audiences, as the Pope’s message is universal. Through the full cooperation of the Vatican, we were privileged to have several long audiences with Pope Francis, and Focus now joins us in bringing his radical compassion and deep humanism to an audience around the globe.”

In honor of Francis’ 5th Papal Anniversary, Pope Francis – A Man of His Word will be released in theaters on May 18, 2018.