As a non-competitive festival, the Perugia International Film Festival aims to present groundbreaking films while also celebrating the art and the craft of cinema. Karen Arikian, Artistic Director for the Festival, is widely recognized as a significant contributor to the international film community. Arikian will work closely with Emanuele Rossi, President of the Festival, in shaping the Festivalʼs program.

The Perugia International Film Festival will present films that exemplify traditions of craftsmanship as well as of aesthetic and technological innovation. An annual focus of the Festival will be to honor the work of the masters behind Costume Design and Production Design – integral, but rarely recognized, disciplines. In addition, the Festival intends to celebrate recent developments in film preservation and will showcase newly restored award-winning films. Moderated discussions and panels will present audiences with an opportunity for an immersive experience in all aspects filmmaking. 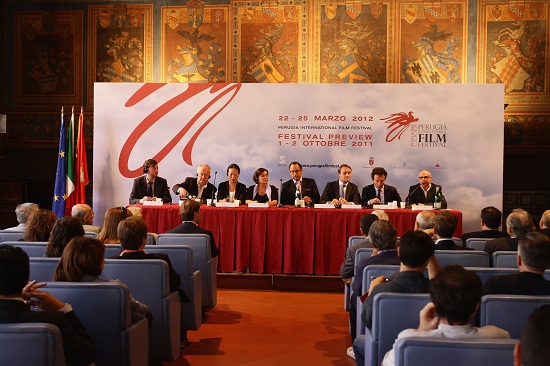 On the 1st and 2nd of October, 2011, the PERUGIA INTERNATIONAL FILM FESTIVAL (PIFF) held a Festival Preview in advance of its spring 2012 launch in Perugia, Italy. The Festival Preview presented three film programs over two days, free to the public, and a gala screening. Guests for the Festival Preview included internationally renown documentary filmmakers D.A. Pennebaker and Chris Hegedus and acclaimed photographer and filmmaker, Bruce Weber. The new Perugia International Film Festival will […]