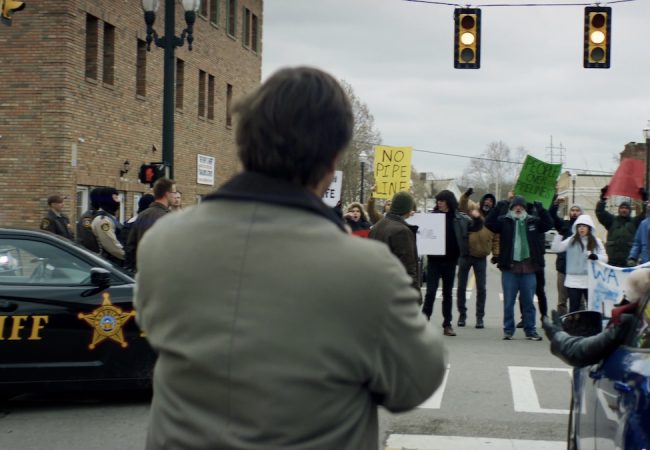 Inspired by real events, the drama On Sacred Ground is set amidst a confrontation around an oil pipeline that is being built at the Standing Rock Native American Reservation.