The TIFF Next Wave Film Festival, programmed for youth aged 14–18, brings the best in film from around the globe, along with an exciting slate of special guests, interactive workshops and a 24-Hour Film Challenge for young filmmakers. 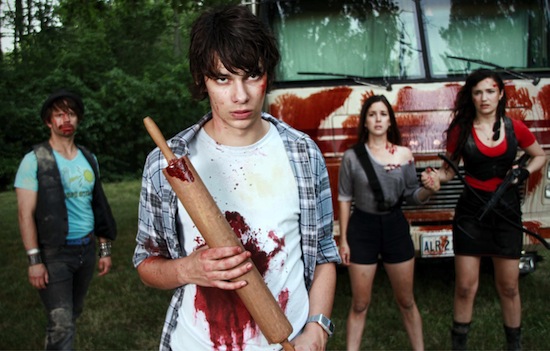 TIFF Next Wave Film Festival to Kick Off on February 15

TIFF unveiled today the lineup of film screenings and special events for the 2013 TIFF Next Wave Film Festival scheduled for February 15 to 17.

This second edition of the TIFF Next Wave Film Festival will again kick off with the Battle of the Scores — a high-profile showcase for young musical and filmmaking talent, featuring high-school indie bands scoring youth-made short films live in front of an audience and a panel of professional judges from the Toronto music and film community, including film composer Adrian Ellis, and director, actor and choreographer Corey Bowles.

The festival’s Closing Night film is April Mullen’s Dead Before Dawn 3D (2012), described as a hilariously clever coming-of-age adventure story that puts a whole new spin on the zombie genre. Starring director Mullen and writer/producer Tim Doiron, the film was shot in Niagara Falls, Ontario and it follows a group of college students that accidentally unleash an evil curse that causes people to kill themselves and turn into Zemons, aka Zombie Demons.