The Tucson Film & Music Festival (also known as TFMF or Tucson Film Festival ) celebrates the past, present and future of the Tucson, Arizona filmmaking scene. The festival showcases narrative and documentary features, and shorts of all genres including Animation, Experimental, Comedy, Drama and World. Tucson Film & Music Festival's will continue to focus on music-related content, with an emphasis on films and filmmakers with a connection to Arizona and the desert Southwest. 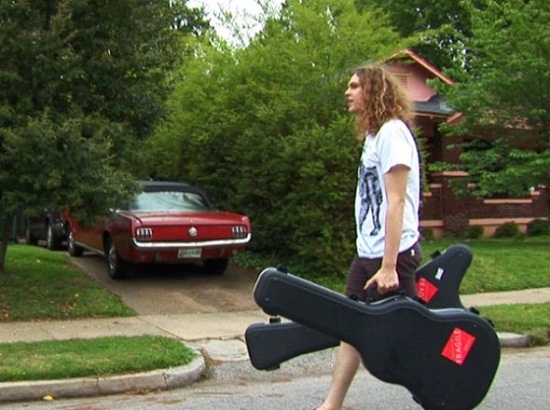 The Southwest Premiere of Better Than Something: Jay Reatard is the opening event. Directed by Alex Hammond & Ian Markiewicz, the film is described as Tirelessly devoting his entire life to music, Jimmy Lee Lindsey Jr, better known as Jay Reatard, has become a garage rock icon, having created a massive discography spread out over dozens of singles, EPs, and full-length albums. A relentless live performer, Jay toured the world with dozens of bands including The Pixies, Spoon, Beck and many more. A devoted – and oftentimes notorious – fixture in his hometown of Memphis, Jay celebrated and continued the city’s long-standing history of American music. In BETTER THAN SOMETHING, filmmakers Alex Hammond and Ian Markiewicz present an intimate portrait, captured just months before Jay’s untimely passing, which brings us incredibly close to Jay and his complicated punk-rock world.

The festival’s 2011 film lineup include a list of documentary films including Bloodied But Unbowed,Kumaré, Barbershop Punk, Color Me Obsessed: A film about The Replacements, Blood, Sweat + Vinyl: DIY in the 21st  Century and The Anatomy of Vince Guaraldi. Narrative features include the Southwest Premiere of the indie comedy Pleasant People and the Arizona Premiere of Take Me Home directed by and starring Sam Jaeger of NBC’s Parenthood. Short films, music videos and live music performances are also part of the exciting program slate. {jathumbnail off}