SYNOPSIS: When a man (Mads Mikkelsen, Hannibal) is left stranded in the Arctic after his plane crashes, and then his long-awaited rescue plane crashes as well, he must make an impossible decision: sit idly by and hope for rescue or leave the relative shelter of the downed aircraft and try to journey across the Arctic with his impaired partner on a sled. With an intense will to survive, the unknown man tackles each obstacle the unforgiving terrain throws at him with a calm proficiency, reflected in the serenely barren Arctic landscape. Facing exhaustion, frostbite, starvation, and polar bears, the breathless and near dialogue-free 98 minutes fly by as this stark and swift survival story leaves you utterly transfixed. 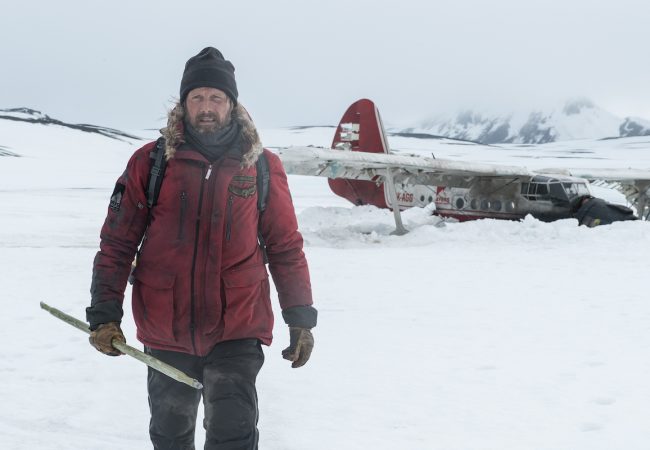