SYNOPSIS: Wild salmon are on the verge of extinction despite a herculean effort by government agencies, big business, and tax payer-funded schemes. While it was originally thought that farm-raised salmon were the cure, it turns out that a myriad of issues (including weakened genetic makeup and aggressive farm-raised fish who battle and overtake their naturally-raised brethren for territory) have been a bigger disruption to the ecosystem than ever imagined. Now the alarm is being raised by environmentalists, tribal elders, and fishermen: the issues and frustrations facing fishing communities worldwide can no longer be ignored, and action must be taken before it’s too late. As a town that is also confronting issues of watershed restoration, the topics tackled here are alarmingly relevant to Traverse City’s own waterways. 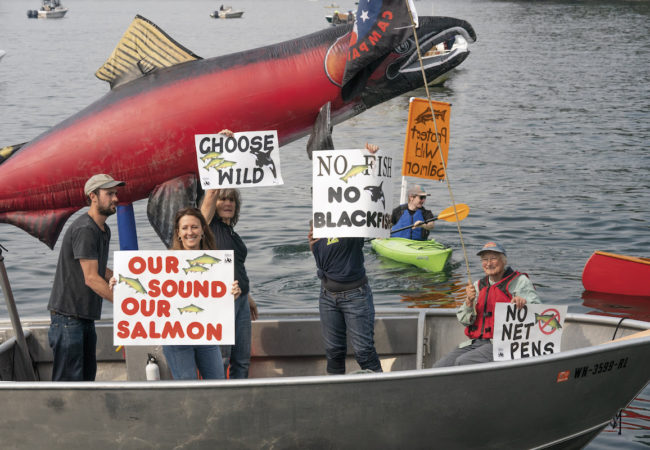 ARTIFISHAL, Patagonia Documentary on Fight to Save Fish and Rivers to World Premiere at Tribeca Film Festival