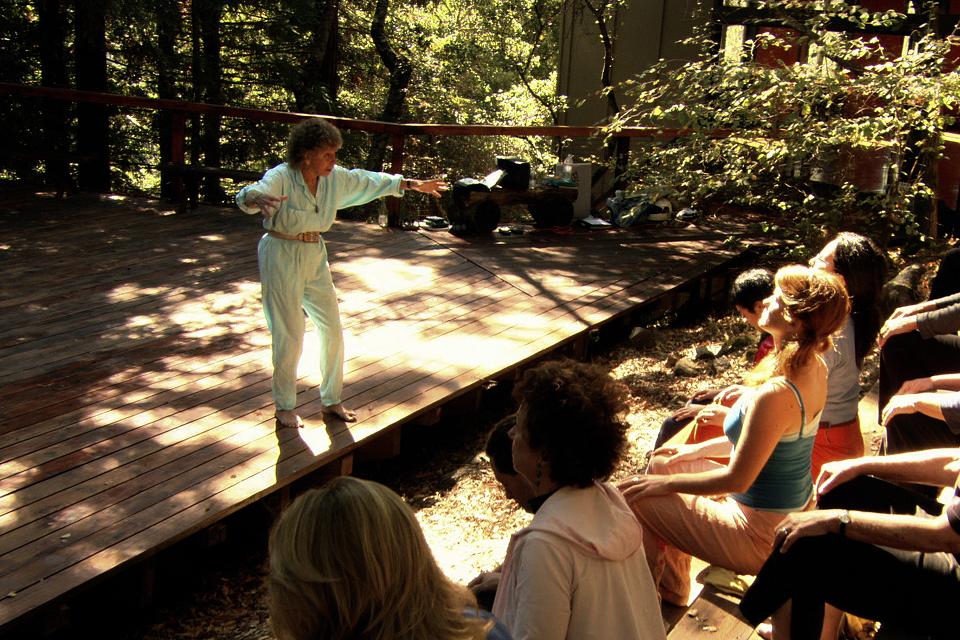 Argot Pictures released in the U.S., BREATH MADE VISIBLE, a documentary film by Ruedi Gerber.

For the last seven decades, Anna Halprin, the American dance pioneer (who will turn 90 years old in July), has redefined our notions of modern art by exploring one question in her work: What is important in life? The search for that answer has ushered in such revolutionary experimentation in theater, music, and performance that it’s reach extends beyond the arts and into our cultural conscious. Anna has not only succeeded in fusing art and life but has developed a new mindset: one that hails the vitality of existence and debunks the ‘limitations of age.’

BREATH MADE VISIBLE is the first feature documentary about the life and career of Anna Halprin. The film takes its audience from Halprin’s initial explorations of dance in her childhood to the experimental performances conducted on a dance deck under Californian redwood trees, through her spectacular tours in Europe, her withdrawal from the stage due to illness, and, finally, her triumphant return.  Previously unreleased archival footage further extends the subject matter from a personal portrait of an artist to what is essentially the history of the socially and politically committed art of dance performance in North America. In a profoundly touching interview, the late Merce Cunningham reflects: “Anna is a prophet, a philosopher.” In 1955, Anna established the world-famous San Francisco Dancers Workshop, which included John Graham and A.A. Leath. They would go on to earn the highest critical acclaim and controversy in Sweden while causing scandal in the U.S. for their use of nudity in their performances. In the ‘60s, Halprin would break down more barriers by finding the first multicultural dance company – a poignant symbol of black and white coming together.

At the heart of the film is Anna’s relationship to her husband and world renowned architect, Lawrence Halprin (Roosevelt Memorial), which allows the film to transcend the medium of dance, just as Anna’s work does, to become a universal tale about survival and expression.

An early pioneer in the expressive arts healing movement, the film delves into Anna’s work with cancer patients (Anna herself is a survivor), AIDS patients, and the elderly through the use of dance as a method of healing and becoming whole. As she recalls: “Before I had cancer, I lived my life for my art, after I had cancer I lived my art for my life.”

The recent battles that her own husband has waging with illness would lead Anna to turn her grief into art once more through the dance routine “Intensive Care” in 2004. With the aid of truly awe-inspiring footage, Halprin can be seen making her triumphant return to the stage at the youthful age of 80. A few years later, during her 15 minute solo performance at the sold out Joyce Theater in New York, Halprin profoundly whispered to her audience: “There are so many more dances yet to do – with all you!”