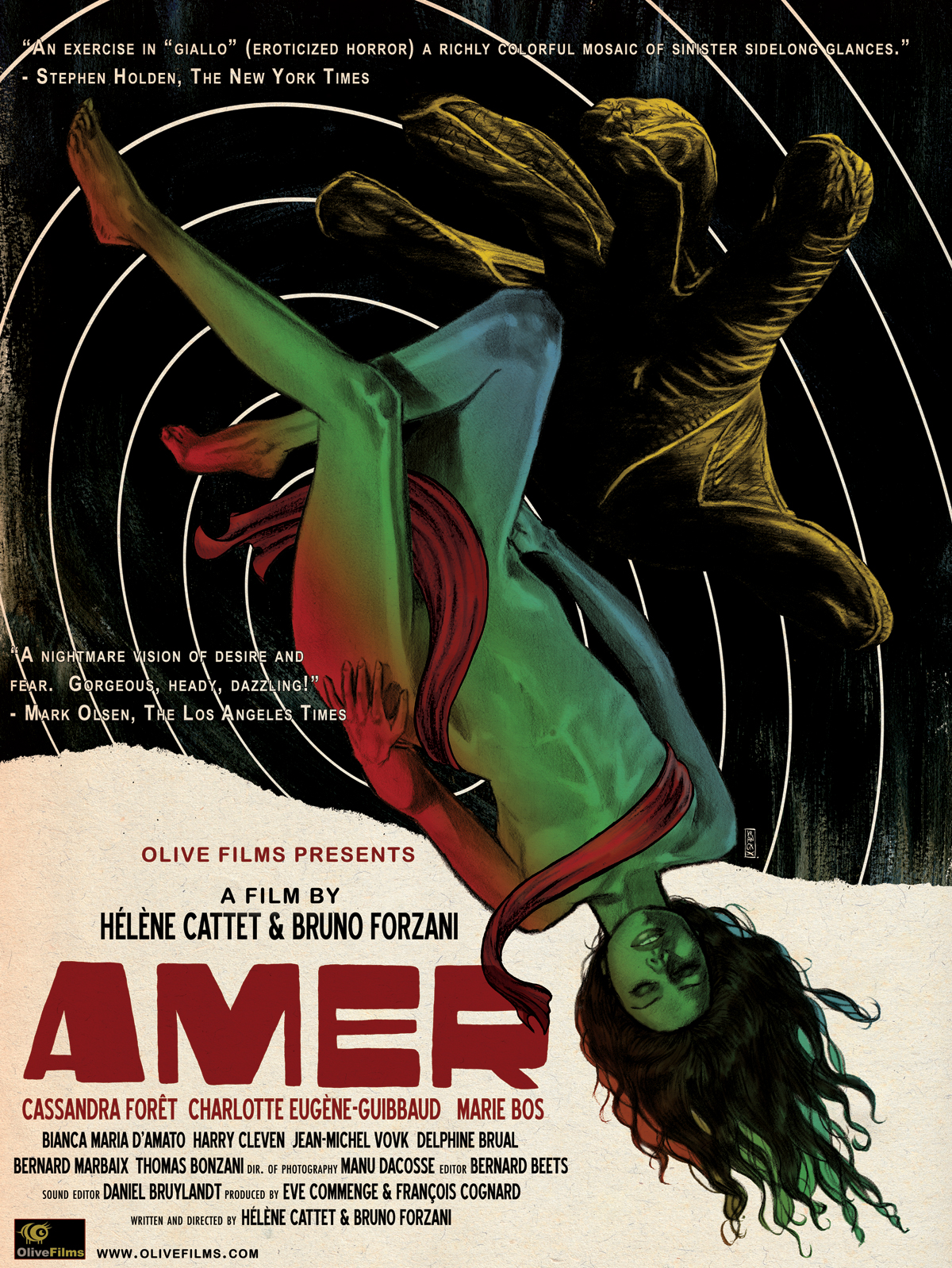 Olive Films will present the US theatrical release of AMER, a feature debut by  Hélène Cattet and Bruno Forzani.  Official selection at New Directors New Films, SXSW, Seattle International Film Festival, and winner of multiple international festival awards, AMER will have its theatrical release in New York at Cinema Village and in Los Angeles at Sunset 5 on Friday, October 29, 2010.  Other cities will follow.

Ana (Marie Bos) is confronted by Body and Desire at three key moments of her life. Her carnal search sways between reality and colored fantasies becoming more and more oppressive. A black laced hand prevents her from screaming. The wind lifts her dress and caresses her thighs. A razor blade brushes her skin, where will this chaotic and carnivorous journey leave her?

The title (AMER) is the French word for “bitter” but this provocative and sensational debut is anything but. A dream-like, eroticized homage to 1970s Italian giallo horror movies reimagined as an avant-garde trance film, Hélène Cattet and Bruno Forzani’s pastiche tour de force plays out a delirious, enigmatic,almost wordless death-dance of fear and desire. Its three movements, each in a different style, correspond to the childhood, adolescence, and adulthood of its female protagonist. Drawing its stylized, hyperbolic gestures from the playbooks of Bava, Leone, Argento, and De Palma and taking them into a realm of near-abstraction, AMER has genre in the blood. Its bold wide-screen compositions, super-focused sound, emphatic music (lifted from original giallo soundtracks), and razor-sharp cuts make for an outrageous and intoxicating cinematic head-trip.