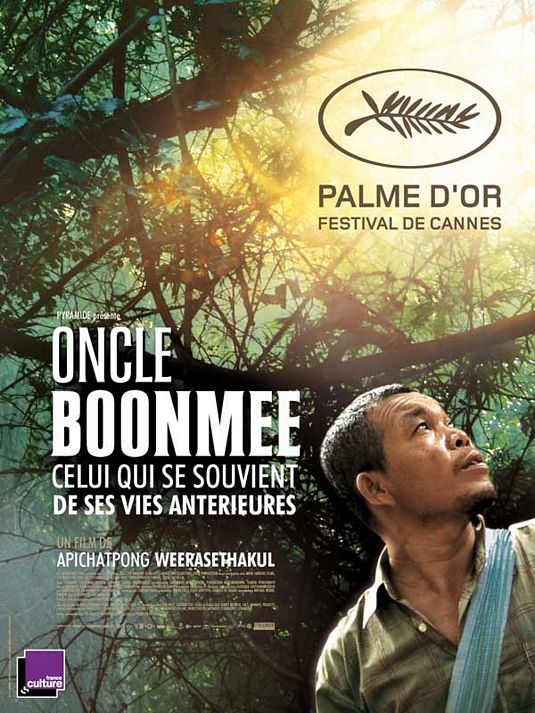 The Santa Fe Film Festival today announced the slate of films set to screen during the 11th edition of the film festival (October 22-24) at the Center for Contemporary Arts (CCA).

Highlighted by the 2010 winner of the Cannes Film Festival’s Palme d’Or, UNCLE BOOONMEE WHO CAN RECALL HIS PAST LIVES and a special 40th Anniversary screening of the classic CATCH-22 with two of the film’s stars, Richard Benjamin and Paula Prentiss attending, the weekend will see 8 feature films and a collection of notable shorts from emerging filmmakers on display for Santa Fe film goers.

This year’s selections include:

Davey Frankel’s and Rasselas Lakew’s drama ATLETU tells the inspiring and incredible true story of Abebe Bikila, the two-time Olympic gold medalist in the marathon in 1960 and 1964. An Ethiopian, Bikilia was the first African to win a gold medal and the first repeat champion in the marathon. Bikila was later involved in a tragic car accident that left him paralyzed from the waist down. And thus, began the greatest struggle of his life. Told on film as a hybrid of travelogue, biopic and documentary. Bikila’s first Olympic triumph was unprecedented, but his athletic conquests after a paralyzing car accident only add to his legend and impact.

Suzan Beraza’s documentary BAG IT follows the results of one man making a resolution to stop using plastic bags at the grocery store. What he discovers is that this simple decision will change his life completely and through that change he comes to the conclusion that our consumption of plastic has finally caught up to us. BAG IT won the Audience Award at Telluride Mountainfilm 2010 earlier this year.

Michelangelo Frammartino’s enchanting, mystical film THE FOUR TIMES focuses on an elderly goat herder as he dies and becomes a goat; it wanders into the woods and transforms into a tree, which is processed into coal. The film lovingly observes village life in Calabria, and in the process becomes one of the most original Italian films in years. Selected for the prestigious Director’s Fortnight at the Cannes Film Festival in 2010, the film stars Giuseppe Fuda, Bruno Timpano, Nazareno Timpano.

Marking the 70th anniversary of his birth and the 30th anniversary of his death, Michael Epstein’s documentary LENNONNYC traces the experiences of John Lennon and Yoko Ono upon their arrival in New York City in 1971. After an initial heady period of music, politics, culture and creativity in their new home, a dark period followed for both Lennon’s career as well as their relationship. However, the intertwining of man, artist and adopted city righted itself before the musical legend’s untimely and tragic death.

THE PRINCESS OF MONTPENSIER

Directed by the legendary Bertrand Tavernier and based on a short story by Madame de La Fayette, THE PRINCESS OF MONTPENSIER is a French period romance set during the French Wars of Religion. As he experiences his own forbidden desire for the irresistibly beautiful and much-courted Marie, soldier-scholar Chabannes must also protect her from the dangerously corrupt court dominated by Catherine de Medici. Tavernier translates de Lafayette’s novel into a brilliant evocation of the tragic conflict between duty and passion. The film’s exceptional cast includes Melanie Thierry, Lambert Wilson, Gregoire Leprince-Ringuet, Gaspard Ulliel, Raphael Personnaz.

Radu Muntean’s TUESDAY, AFTER CHRISTMAS is a drama which takes a singular, stripped-down look at adultery through the story of a man that must choose between his wife of ten years and his mistress, a pediatric dentist. Muntean constructs a powerful chain of scenes from a marriage with a rare display of great cinematic excitement. A product of the extraordinary Romanian New Wave, the film stars Mimi Branescu, Mirela Oprisor and Maria Popistasu.

UNCLE BOONMEE WHO CAN RECALL HIS PAST LIVES (LUNG BOONMEERALUEK CHAT)

Directed by Apichatpong Weerasethakul, UNCLE BOONMEE WHO CAN RECALL HIS PAST LIVES is a fable about a tamarind and honey farmer named Uncle Boonmee who is slowly dying of kidney failure, and finds the ghosts of departed family members coming back to visit him. The film stars Sakda Kaewbuadee, Jenjira Pongpas, Thanapat Saisaymar.

In addition, to the film schedule, SFFF will offer free panels hosted at galleries in the Railyard, Canyon Road and Plaza area arts districts, as well as an assortment of complimentary events produced in collaboration with Santa Fe arts organizations during the festival.

“This year’s festival is designed as a weekend viewing of carefully selected film highlights from key festivals like Cannes, Toronto, and New York as well as introducing interesting work from new indie filmmakers. We hope that Santa Fe will become a destination boutique film event that will anchor the fall festival season which begins with Telluride,” said SFFF Co-Director Rose Kuo.

SFFF Co-Director Michael Hare added, “We are thrilled to offer this group of films that have been some of the most talked about on the film festival circuit this year. And to be screening at CCA, which we feel is one of the cornerstones of Santa Fe cinema, makes it the perfect hub for SFFF 2010. One of our goals has been to showcase the artistic richness of Santa Fe, to anchor the festival within the larger community and we think we have gone a long way toward that effort with this slate of films and events that look to make for a tremendous weekend for film lovers.”

THE PRINCESS OF MONTPENSIER (Narrative) France/Germany

UNCLE BOONMEE WHO CAN RECALL HIS PAST LIVES (Narrative) Thailand