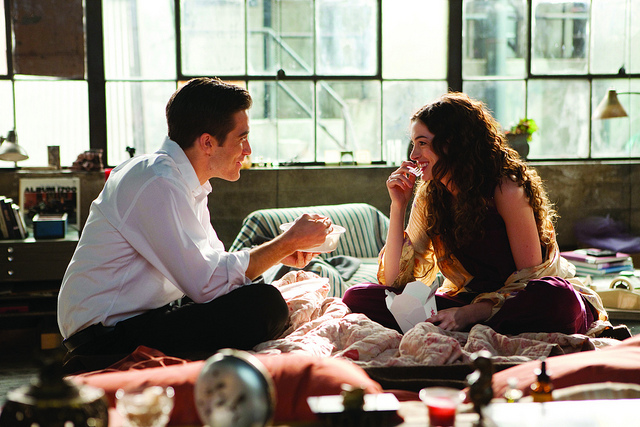 AFI FEST 2010 will host the world premiere of Edward Zwick’s LOVE & OTHER DRUGS as the festival’s Opening Night Gala on November 4. Darren Aronofsky’s BLACK SWAN closes the festival on November 11. AFI FEST 2010 will take place in Hollywood, California at the historic Grauman’s Chinese Theatre, the Mann Chinese 6 theatres, the Egyptian Theatre and the Hollywood Roosevelt Hotel from November 4-11, 2010.

”Ed Zwick and Darren Aronofsky honor us by premiering their films at AFI FEST,” said Bob Gazzale, President and CEO of the American Film Institute. ”As alumni of the AFI Conservatory, both men symbolize a perfect fusion of the Institute’s national mandate to educate the next generation of storytellers and to honor the artists and their work.” David Lynch, who serves as the festival’s Guest Artistic Director, is also a graduate of the AFI Conservatory.

“AFI is where it began for me, and where I return as often as possible, to teach and to learn,” said Edward Zwick. “I’m honored to open the festival, and to join Darren, David, and so many alumni for whom this marks a kind of coming home.” The creative ensemble of LOVE AND OTHER DRUGS also features other alumni of the AFI Conservatory, including co-writer/co-producer Marshall Herskovitz, editor Steven Rosenblum, cinematographer Steven Fierberg and producer Pieter Jan Brugge.

”As an alumnus of the AFI Conservatory, it’s always a thrill to partake in the wonderful festival AFI puts on,” said Darren Aronofsky. “The fact that we get to show at my favorite theater in the world, the Grauman’s Chinese Theatre, adds to the honor.” The creative ensemble of BLACK SWAN also features other alumni of the AFI Conservatory, including cinematographer Matthew Libatique and executive producer Jon Avnet.

”These two films are a perfect pair to open and close AFI FEST because they tell extraordinary stories from unique and very personal points of view,” said Jacqueline Lyanga, Festival Director and also a graduate of the AFI Conservatory. “We are proud to offer them as the frame to a program of cinema that embraces both mainstream and experimental voices and seeks to engage the audience in the discourse around the year’s most significant new films.”

In LOVE & OTHER DRUGS, Anne Hathaway portrays Maggie, an alluring free spirit who won’t let anyone, or anything, tie her down. But she meets her match in Jamie (Jake Gyllenhaal), whose relentless and nearly infallible charm serve him well with the ladies and in the cutthroat world of pharmaceutical sales. Maggie and Jamie’s evolving relationship takes them both by surprise, as they find themselves under the influence of the ultimate drug: love.

BLACK SWAN follows the story of Nina (Natalie Portman), a ballerina in a New York City ballet company whose life, like all those in her profession, is completely consumed with dance. She lives with her retired ballerina mother Erica (Barbara Hershey) who zealously supports her daughter’s professional ambition. When artistic director Thomas Leroy (Vincent Cassel) decides to replace prima ballerina Beth Macintyre (Winona Ryder) for the opening production of their new season, Swan Lake, Nina is his first choice. But Nina has competition: a new dancer, Lily (Mila Kunis), who impresses Leroy as well. Swan Lake requires a dancer who can play both the White Swan with innocence and grace, and the Black Swan, who represents guile and sensuality. Nina fits the White Swan role perfectly but Lily is the personification of the Black Swan. As the two young dancers expand their rivalry into a twisted friendship, Nina begins to get more in touch with her dark side with a recklessness that threatens to destroy her.