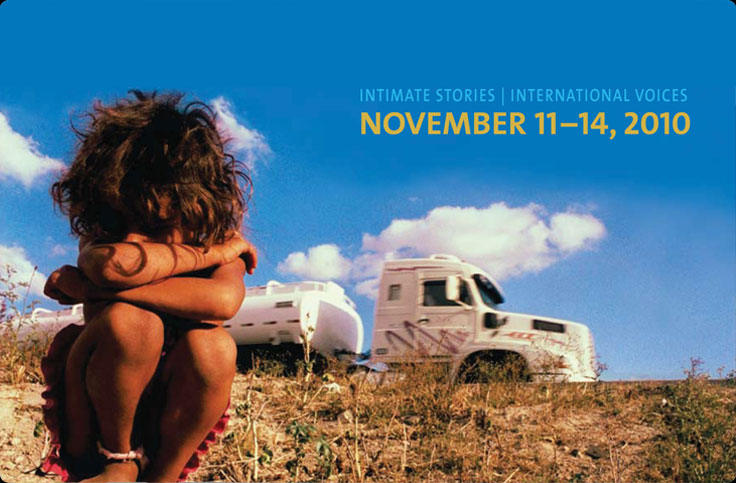 from November 11–14 in New York City. The Festival will screen an outstanding selection of titles culled from more than 1,000 submissions.

Films that will have U.S. premieres at the Mead Festival and feature the filmmakers in person following the screenings include

Roscoe Holcomb. John Cohen uses intimate footage as well as interviews with family and community members to trace the life of this seminal banjo player’s early years. Roscoe was featured in Cohen’s first film The High Lonesome Sound, which will also be shown during the festival. (world premiere). Cohen will also play live music with his band the Dust Busters at the after-screening discussion.

Eisenwurzen: Das Musical (A Mountain Musical). Filmmaker Eva Eckert tells the humorous and fascinating story of how the Austrian tradition of yodeling is carried on in the warbling of an aging population.

The Electric Mind. Nadav Harel’s film is an intimate portrait of an octogenarian widow, a middle-aged artist, and a pre-teen girl looking for relief from their brain disorders through cutting edge technologies and “awake” brain surgeries.

My Beautiful Dacia. On a road trip from communism to capitalism, filmmakers Stefan Constantinescu and Julio Soto follow different generations of Romanians with one common love: the Dacia car.

Nel Giardino dei Suoni (In the Garden of Sounds). Nicola Bellucci tells the extraordinary story of Wolfgang Fasser, a blind musician and therapist who uses sound to initiate dialogues with severely handicapped children, helping them uncover ways to express themselves and find a place in a world not designed for them.

Tankograd. Directed by Boris Bertram, the film tells the story of Chelyabinsk, Russia. Once the site of a top-secret Cold War atomic bomb factory, the town is now the most radioactively polluted city in the world. But it’s also the unlikely hometown of a unique cultural institution: the vibrant, inspiring Chelyabinsk Contemporary Dance Theatre.