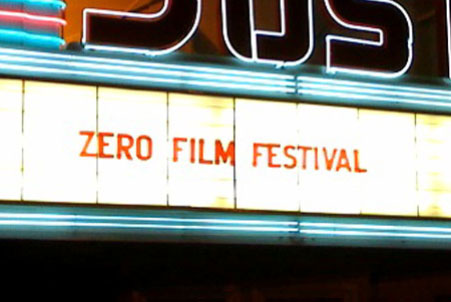 Strictly word of mouth and staunchly “D.I.Y.”, the multi-city Zero Film Festival, which drew thousands of film and music lovers in New York and Miami, descends on Los Angeles December 8-11, bringing together an infectious mix of music, art and truly independent cinema.

And, while the major film festivals continue to market films with multi-million dollar budgets and A-list talent as “independent”, the Zero Film Festival stays doggedly true to its core ethos. Though “Low-budget” used to be synonymous with “not very good”, modern, high resolution cameras, powerful editing systems and special effects are now all within easy reach. As festival organizer Richard Hooban says, “technology has really set production free” and today’s filmmakers are putting those technologies to use in increasingly innovative and creative ways.

As perhaps the most striking example, Zero’s closing night feature film, “The Middle of the Middle” by Seattle director Daniel L. White, was recently nominated for a Best Cinematography award alongside a film sporting a seven figure budget and James Cromwell to boot. “The Middle of the Middle” on the other hand was shot for a mere $600. Selected from over 1000 submissions, the film is one of 10 feature and nearly 150 short films from around the world playing throughout this year’s event. Regarding the nomination, White says, “it just goes right to the heart of what the Zero Film Festival is all about, which is making films because you’re passionate about them and not limiting yourself.”