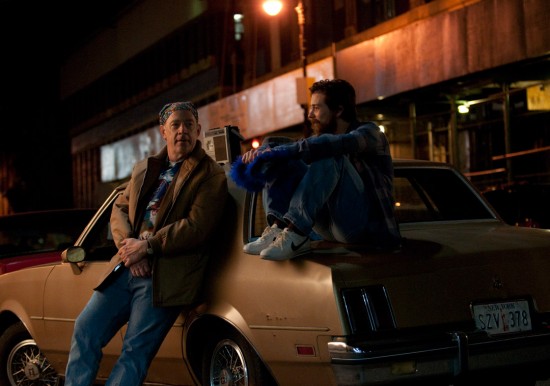 Based on Oliver Sacks’s case study “The Last Hippie,” director Jim Kohlberg’s first feature explores a family divided by the culture clash of the 1960s. Almost 20 years after their teenage son Gabriel (Lou Taylor Pucci) ran away from home, Henry (J.K. Simmons) and Helen Sawyer (Cara Seymour) learn that he has turned up in a hospital. Although benign, a brain tumor has damaged his memory, rendering past and present indistinguishable. Sensing that Gabriel responds to music, Henry seeks out a music therapist (Julia Ormand), who discovers that when Gabriel listens to the rock music he loved—The Grateful Dead, Bob Dylan, Buffalo Springfield—he reengages with the world.

In a statement, Roadside Co-President Howard Cohen noted, ”    “We were really moved by such a soulful, true story of a father and son changing their lives through their love of music.  And you can’t beat The Grateful Dead, Bob Dylan, Beatles, Rolling Stones, Buffalo Springfield and Crosby, Stills & Nash music in this film!”

“I am thrilled to be working with Roadside Attractions to distribute The Music Never Stopped because of their great record with independent films,” Kohlberg also said in a press release issued by Roadside. “I always connected deeply to the story and the redemptive qualities of the characters and the iconic music. It was an honor to work with our great and talented cast and crew, and for my first feature could not have imagined a better result and recognition of the film’s quality.”