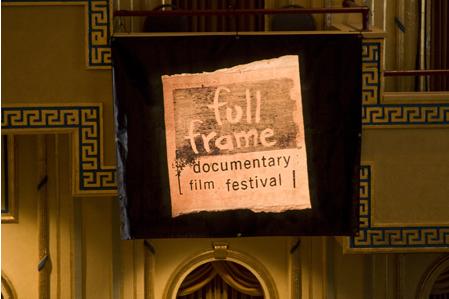 The Full Frame Documentary Film Festival has announced their Thematic Program, 2011 Career Award and the first US Premiere of the 2011 festival.  Rick Prelinger will curate a series around archival footage for the Festival’s 2011 thematic program. The 2011 Career Award will be presented to Ricki Stern and Annie Sundberg, who will present the US Premiere of their most recent film “Burma Soldier” at the 14th annual event.

“I’m excited to have the opportunity to work with Rick Prelinger,” said director of programming Sadie Tillery.  “I hope the series will encourage audiences to consider how archival footage is contextualized, while also giving viewers the rare opportunity to screen work that is less available.”

Archivist, writer, lecturer and filmmaker Rick Prelinger founded Prelinger Archives in 1982 in New York.  At its peak, the archives held over 60,000 ephemeral (advertising, industrial, educational, documentary and amateur) films and over 50,000 cans of unedited footage. The core film collection was acquired by the Library of Congress in 2002. Beginning in 2000, Prelinger Archives partnered with the Internet Archive to make 2,100 key films available online for researchers, scholars, media makers and the public to view and reuse without charge. With Megan Shaw Prelinger, he co-founded an appropriation-friendly research library in 2002, which is currently open to the public in San Francisco. He is a long-time advocate of increased public access to archives and cultural material, and frequently writes and lectures in this field. His long-form films include “Panorama Ephemera,” “Lost Landscapes of Detroit,” and “The Lives of Energy,” among others. He is currently in pre-production on “No More Road Trips,” a feature-length exploration of “peak travel” and our fascination with tourism and the road.

“While archival material has been an integral component of documentary filmmaking since the earliest days, I believe makers have just begun to explore its creative potential. As archives slowly open up to the public, as new collections come online for reuse, and as we look to history for clues to help us understand our accelerating present, once-ignored images and sounds are becoming increasingly relevant,” said Prelinger.

He continued, “archival imagery is ubiquitous today, appearing not only in documentary films but in advertising, educational media, and online. It’s invoked in countless tweets and Facebook pages every day. What grew our fascination with these images? Will we still be interested in them as they become available to anyone with a few clicks? Perhaps most pertinent, will ever-more-immersive dramatic recreations of historical events, places and personalities cause authentic archival images to fade into the background?”

The Festival will honor filmmakers Ricki Stern and Annie Sundberg with the 2011 Career Award.  For more than a decade, Stern and Sundberg have collaborated on a critically acclaimed body of work including “The Trials of Darryl Hunt,” “The Devil Came on Horseback,” “The End of America,” and last year’s “Joan Rivers: A Piece of Work.”

“We have been proud to exhibit Ricki Stern and Annie Sundberg’s films over the years and are incredibly excited to present their body of work at the 2011 Festival,” said Tillery. “Time after time they have put forward incredible subjects and stories, which are made all the more influential by the quality of Stern and Sundberg’s filmmaking.”

“We are elated to be honored with the Full Frame 2011 Career Award,” said Stern and Sundberg. “As we look through the list of past recipients, filmmakers whose work we have long admired, we are honored to be part of this community.”

The tribute will include screenings of Stern and Sundberg’s work throughout the Festival, with a number of the films’ subjects in attendance. Specifically, Full Frame will host the US Premiere of Stern and Sundberg’s latest film “Burma Soldier,” directed with Nic Dunlop. The film tells the unforgettable story of Myo Myint, a former Burmese soldier turned pro-democracy activist. Myint will be on hand to discuss his life and film following the premiere. Additional titles and guests will be announced in March.

Stern and Sundberg continued, “It is particularly meaningful for us to be able to have the US Premiere of “Burma Soldier” at Full Frame this April, as we know from our own experiences how audiences at this special festival embrace and engage with documentary film.”

Stern and Sundberg’s first collaboration “In My Corner” screened at Full Frame in 1999. “The Trials of Darryl Hunt” received Full Frame’s Audience Award in 2006. Their next project, “The Devil Came on Horseback,” won both the Full Frame/Working Films Award and The Seeds of War prize at the 2007 Festival. All of their films have garnered great critical acclaim, receiving national theatrical releases, television broadcasts and festival screenings around the world.

“To be honored by Full Frame with the Career Award comes as a wonderful surprise,” said Stern.  “Full Frame is not only a home to the documentary filmmaker and its audience, it truly celebrates the documentary film form and community. For me, it is a creative haven and all around great time!”

“We first attended the festival back when it was known as Doubletake, and it’s been amazing to see how Full Frame has grown in presence and industry recognition over the years,” said Sundberg.

The 2011 Full Frame Documentary Film Festival will be held April 14-17, in Durham, N.C., with Duke University as the presenting sponsor. Festival passes can be purchased online at www.fullframefest.org.