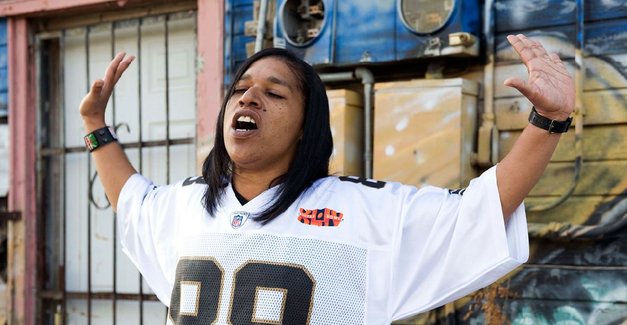 The recipients of the prestigious 70th Annual Peabody Awards were announced by the University of Georgia’s Grady College of Journalism and Mass Communication and two American Masters documentaries won Peabodys.  LennoNYC, a poignant, revelatory documentary about John Lennon’s life and work in his adopted home city, and Elia Kazan: A Letter to Elia, an homage to the theatrical and film director by Martin Scorsese. Peabodys also went to William Kentridge: Anything Is Possible, an Art21 film that provided an intimate look at the creative process of a multifaceted artist whose work includes sculpture, animation, theater and tapestries, and Macbeth, a Great Performances production that sets Shakespeare’s bloody tragedy in a modern, militaristic society.

The documentary honorees also included If God Is Willing and Da Creek Don’t Rise, Peabody-winner Spike Lee’s survey of New Orleans’ ongoing recovery, five years after Hurricane Katrina; Wonders of the Solar System with Brian Cox, a dazzling, simulated tour of our celestial neighborhood; and Magic & Bird: A Courtship of Rivals, a touching, surprising history of two iconic athletes rivalry and enduring friendship. The world of sports was also represented with commendable depth, breadth and insight by the Peabody-winning 30 for 30, a collection of documentaries commissioned by ESPN for its 30th anniversary.

Wars, old and new, were the focus of several Peabody-winning reports. They included My Lai, an elegiac American Experience documentary that shed new light on the worst atrocity in U.S. military history; The Most Dangerous Man in America: Daniel Ellsberg and the Pentagon Papers, a P.O.V. account of one man’s deeply personal decision and its lingering impact; The Wounded Platoon, a FRONTLINE special that dealt with the psychiatric casualties of our wars in Iraq and Afghanistan; and The Cost of War: Traumatic Brain Injury; Coming Home a Different Person, a multimedia Washington Post website report about soldiers’ concussive injuries and the science being used to treat them.

Rounding out the list of documentary winners were a trio of HBO films: For Neda examines what the life and death of Neda Agha-Soltan, whose senseless shooting made her the international face of Iranian opposition, has meant for her family, friends and country. 12th & Delaware takes stock of the unending abortion debate via the metaphoric coincidence of an abortion clinic and a pro-life pregnancy center on facing street corners in Ft. Pierce, Fla. Burma VJ chronicles the heroism of video journalists who clandestinely recorded the Burmese government’s vicious crackdown on human-rights protests in 2007 and smuggled the images to the outside world.

TÁR and THE BANSHEES OF INISHERIN Win Top Prizes at 43rd London Critics’ Circle Film Awards
21st AARP Movies for Grownups Awards Winners - Michelle Yeoh, Brendan Fraser, Till, The Quiet Girl
Writers Guild Award 2023 Film Nominations - The Menu, Everything Everywhere All At Once, Tár
95th Oscars Nominations. Everything Everywhere All at Once Leads with 11
EVERYTHING EVERYWHERE ALL AT ONCE Wins Top Online Film Critics Society 2022 Awards
All Quiet on the Western Front Leads Nominations for BAFTA Film Awards 2023
Share ...