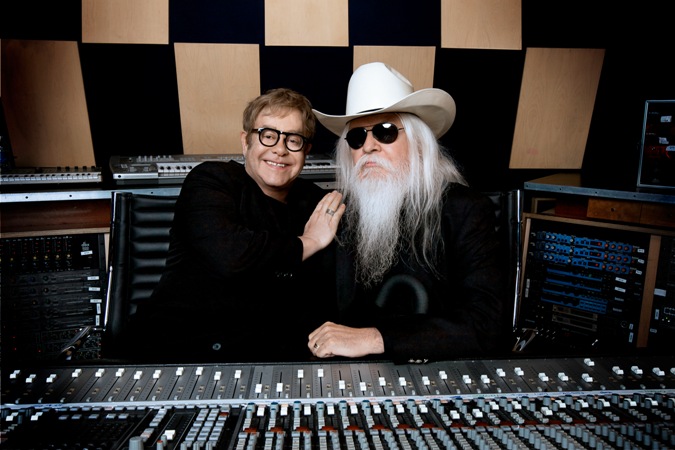 And it’s on. The 2011 Tribeca Film Festival kicked off last night with the free outdoor screening of Cameron Crowe’s new documentary “The Union,” about the musical collaboration between Elton John and singer/songwriter Leon Russell.

A captivating and exhilarating real-life experience of musical creation and generosity, The Union is an unprecedented look at the creative life of Elton John and his remarkable collaborative album with his early-career idol, Leon Russell. Never before filmed in his composing process, John is captured by director Cameron Crowe throughout the entire span of writing and recording the landmark album. This candid portrait of one of the world’s most treasured artists and performers also documents an extraordinary journey of the heart—one that sent John to reinvigorate the life and musical career of Russell, to whom John hadn’t spoken in more than 38 years.

The New York audience of thousands in attendance, was then treated to a free outdoor performance of songs including including “Never Too Old (to Hold Somebody),” which he made with Russell.