Britta Wauer’s In Heaven, Underground: The Jewish Cemetery in Berlin-Weissensee, Berlin Film Fest Winner to be released in the US 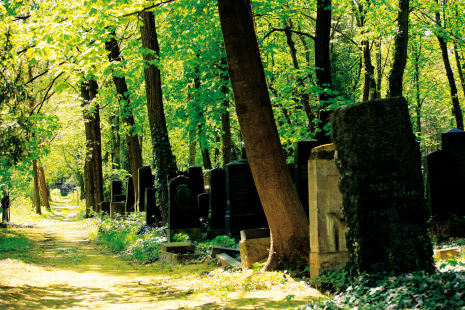 North of Berlin’s noisy city centre, tucked away in a residential area and surrounded by a jungle of trees and lush foliage, lies the peaceful and secluded 130-year-old Weißensee Jewish Cemetery, the oldest Jewish cemetery still in use in Europe. One hundred acres hold 115,000 graves and a meticulous archive record. The cemetery has never been closed, and was one of the few institutions to remain in Jewish hands under the Nazi regime. Award-winning director Britta Wauer’s charming portrait creates a serene experience navigating the cemetery, and follows a delightful array of characters from around the world: mourners, tourists, a young family residing at the cemetery, a third-generation gravedigger and an ornithologist studying rare birds of prey. Winner of an audience award at the Berlinale, In Heaven Underground is an enchanting journey into history that celebrates life and the immortality of memories. [ Hot Docs ]