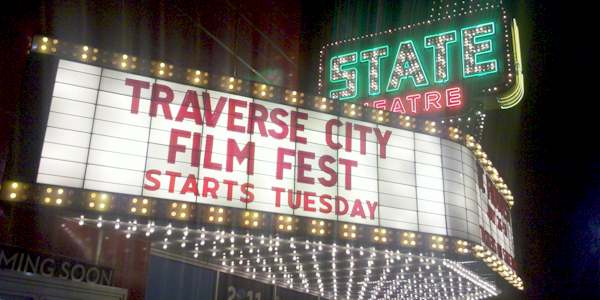 Moore, the Academy Award-winning director of “Bowling for Columbine” and “Capitalism: A Love Story,” launched the Traverse City Film Festival in 2005, aiming to bring often-undistributed national and international films to film lovers from the northern Michigan community and around the world.  The festival is held in downtown Traverse City, Michigan on the shores of Lake Michigan’s Grand Traverse Bay.

OPENING NIGHT: The festival kicks-off opening night with two showings of two different films: “Made in Dagenham” starring Bob Hoskins, Sally Hawkins and the West Wing¹s Richard Schiff, and Icíar Bollaín’s Spanish drama, “Even the Rain.” In person at the opening night screenings will be four women who were involved in the real life events portrayed in the two films.

KICKOFF OF THE STATE THEATRE CENTENNIAL CELEBRATION: Over each of the next five festivals, we will show one great silent movie that will be 100 years old that year. The celebration will begin at this summer’s fest with the very first Italian feature film ever made: “L’Inferno” (1911). It’s based on Dante’s Divine Comedy, “The Inferno.” The world-renowned Traverse City native and theater organist extraordinaire, Stephen Warner, will accompany the film on the State Theatre organ. This year’s festival also includes the world famous Alloy Orchestra accompanying a premiere of their “Wild and Weird Short Silent Films.” And Charlie Chaplin’s timeless classic “Modern Times” will conclude the festival as the Closing Night Film.

THE FIRST MOVIE EVER PRODUCED BY THE TRAVERSE CITY FILM FESTIVAL: The first Michigan-Cuban co-production is complete and festival friend Ian Padron returns to the TCFF this summer with the world premiere of his film “Habanastation,” the first film completed using the TCFF Cuban Film Fund, with the people of Traverse City listed as producers.

UNION! OUR SALUTE TO PUBLIC EMPLOYEES: This coming December marks the 75th anniversary of what the BBC calls “one of the most important events in the history of Western Civilization,” the Great Flint Sit Down Strike. This year the film fest salutes those surviving members of past labor struggles with the world premiere of a film by the grandson of Victor Reuther, “Brothers on the Line.”

A TRIBUTE TO JAFAR PANAHI: Iranian filmmaker Jafar Panahi has been under house arrest for over a year because he has dared to make movies that challenge the elected leaders of Iran. He has been forbidden to make movies for the next 20 years. To show the festival’s solidarity with him, what many believe to be his best film ever, “The White Balloon,” will be shown. Because he has been prohibited from travel, he has been named the honorary chair of our TCFF jury in absentia.

THE 50TH ANNIVERSARY SCREENING OF “TO KILL A MOCKINGBIRD:” TCFF will pay tribute to 50 years of influence of the story of Atticus Finch, his children Scout and Jem, and the darkness they encounter in their small American town one summer. Mary Badham, who worked alongside Gregory Peck and Robert Duvall while playing the little girl Scout in the film, will be here in Traverse City to share her experiences with festival-goers. A new documentary with a self explanatory title: “Hey Boo: Harper Lee & To Kill a Mockingbird,” will also be shown.

HAPPY BIRTHDAY ROY ROGERS! Roy would have been 100 years old this year and we’ve decided to invite some of his family here to celebrate with us by showing two of his classic films, “Under Western Stars” and “Don’t Fence Me In.”

A GIFT FROM GEORGE LUCAS: It is very rare that festivals are able to screen Star Wars films outdoors for free, but this year, the great George Lucas has allowed the festival to kick off a week of Open Space screenings on a giant 100′ screen by the Bay with a Tuesday night screening of “Star Wars Episode V: The Empire Strikes Back.”

150 SCREENINGS OF 150 FEATURE AND SHORT FILMS: Festival goers can choose from a great crop of foreign and US indie films this year, a huge batch of great docs (including two films shot in Michigan), and an expanded midnight section of movies, one of which was shot by two brothers from Royal Oak.