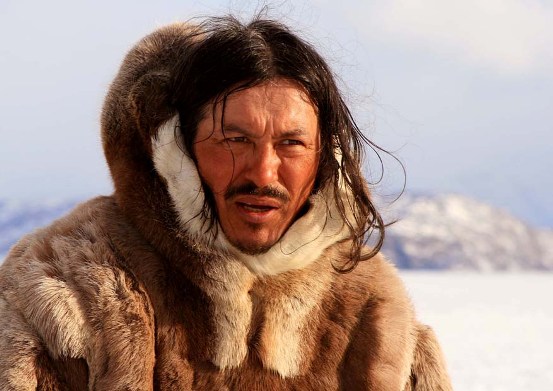 The Savannah College of Art and Design held its 14th annual Savannah Film Festival, October 29 – November 5, 2011 in historic downtown Savannah, Georgia and wrapped with honoring the best films that screened at the festival. This year’s competition films competed for more than $80,000 in cash and prizes.

Bottle
USA, 2010, 5:25 min., Blu-Ray
Director/Producer/Writer: Kirsten Lepore
Synopsis: Animated on location at a beach, in snow, and underwater, this stop-motion short details a transoceanic conversation between two characters via objects in a bottle.

Orange O Despair (Orange Ô Desespoir)
France, 2011, 3:35 min., Blu-Ray
Director/Producer/Writer: John Banana
Synopsis: What happens when a small sad orange decides to leave for the other side of the shop to meet a bunch of fun dancing pineapples?

Ripening
USA, 2011, 4:04 min., HDCam
Director: Jason Maurer
Animation: Jason Maurer
Synopsis: Ripening is a cathartic journey that explores the inner turmoil of a crumbling relationship and the fruitful outcome of the experience.

Salesman Pete and the Amazing Stone from Outer Space!
France, 2010, 6:55 min., DVD
Co-directors: Anthony Vivien, Marc Bouyer, Max Loubaresse
Animation: Marc Bouyer
Synopsis: Pete is a nice and clumsy salesman. But he’s also a deadly super secret agent with a microprocessor implanted into his brain by some mad scientists from the government! He has to secretly stop a bunch of bad guys who stole a magic stone that can change anything into seafood.

The Thomas Beale Cipher
USA, 2010, 10:10 min., Blu-ray
Director: Andrew Allen
Producer: Jason Sondhi
Writers: Andrew Allen, Josh Froscheiser
Synopsis: Professor White, cryptographer extraordinaire, is on the trail of the notoriously uncrackable Thomas Beale cipher-a century-old riddle hiding the location of a fortune in gold that has tormented its pursuers since inception. But White is not alone-shadowy forces are tight on his tail.

GROW!
USA, 2011, 50:33 min., Digibeta
Directors/Producers: Christine Anthony, Owen Masterson
Synopsis: Fed up with corporate America and its influence on a broken food system, a growing number of educated young people aim to solve some of the current system’s inequities by growing clean, fair food. Mostly landless, they borrow, rent or manage farmland in order to fulfill their dreams of doing something meaningful with their lives.

PressPausePlay
Sweden, 2010, 1:14:00 min., HDCam
Director: David Dworsky
Producer: Adam Svanell
Synopsis: In the last couple of years producing music, films and other forms of creative works has gone from a privilege for a select few, to an art form almost as accessible as the pen and paper. PressPausePlay is the first real testimony of the digi-creative revolution. It’s a 90 minute global journey capturing how digital technology and mindset has transformed the concept of art and culture.

The City Dark
USA, 2011, 1:22:17 min., Blu-Ray
Director/Producer: Ian Cheney
Synopsis: The City Dark is a feature documentary about the loss of night. After moving to NYC from rural Maine, filmmaker Ian Cheney asks a simple question – do we need the stars? Exploring the threat of killer asteroids in Hawaii, tracking hatching turtles along the Florida coast, and rescuing injured birds on Chicago streets, Cheney unravels the myriad implications of a globe glittering with lights

These Amazing Shadows
USA, 2010, 1:26:00 min., Blu-Ray
Directors: Paul Mariano, Kurt Norton
Producers: Christine O’Malley, Paul Mariano, Kurt Norton
Synopsis: What do the films “Casablanca,” “Blazing Saddles” and “West Side Story” have in common? Besides being popular, they have also been deemed “culturally, historically or aesthetically significant” by the Library of Congress and listed on The National Film Registry. “These Amazing Shadows” tells the history and importance of The Registry, a roll call of American cinema treasures that reflect the diversity of film, and indeed the American experience itself.

Inuk
France/Greenland, 2010, 90 min., HDCam
Director: Mike Magidson
Producers: Mike Magidson, Sylvie Barbe
Writers: Mike Magidson, Jean-Michel Huctin
Cast: Gaaba Petersen, Ole-Jorgen Hammeken
Synopsis: In Greenland’s capital, Nuuk, sixteen year-old Inuk lives a troubled life with his alcoholic mother and violent step-father. One morning, after pulling the half-frozen boy out of an abandoned car, social services decide to send Inuk north to a children’s home on a tiny island in the middle of the arctic sea-ice. Shortly after arriving, Inuk meets Ikuma, a local polar bear hunter who has his own share of problems, and is asked to take Inuk on his annual seal-hunting trip. When Inuk, the troubled boy from the city, joins Ikuma, the last great hunter of the North, on this epic dogsled journey, they will face much more than the bitter cold and fragile sea-ice. The most difficult part of the journey will be the one they must make within themselves.

Library of Dust
USA, 2011, 16:20 min., DCP
Director: Ondi Timoner
Co-Director: Robert James
Producers: Robert James, Ondi Timoner, Kyle Parker
Cast: David Maisel, Senator Peter Courtney, Mary Ellen Mark, Dr. Marvin Fickle, Rick Attig, Rob Finch
Synopsis: A tour of the Oregon State Hospital involving the local press and a State Senator was conducted to uncover the deplorable conditions of the hospital. What they didn’t expect to find was a storeroom full of human ashes dating back to the late 1800’s. Thousands of corroded copper urns containing the cremated remains of unclaimed psychiatric patients were discovered. Photos are taken of the mysterious corrosive effect on the canisters and several histories of these forgotten souls are revealed in this unique tale.

Little Angel (Angelito)
USA/Brazil, 2011, 13:20 min., Blu-Ray
Director: Paula Lima
Producer: Paula Lima, Vitor Coral
Writer: Vitor Coral
Cast: Angela Carrizosa, John Benson, Julia Smyth
Synopsis: Lacking his own mother’s attention, Danny tries to earn his nanny’s respect by behaving defiantly. He keeps pushing at Luisa until she responds inappropriately. Danny threatens to tell his mother about Luisa’s slip up and get her fired. But can he take the next step?

Love, Lots of It
USA, 2011, 14 min., Digibeta
Director: Rob Feld
Producers: Asger Hussain, Chiemi Karasawa, Craig Lifschutz, Hernan Michael Otano, Joshua Green, Lea-Beth Shapiro, Lloyd Davis
Writer: Rob Feld
Cast: Campbell Scott, Kathleen McElfresh, McCaleb Burnett
Synopsis: A Faustian parable in which a young woman, confused by her life and having made false assumptions about what will make her happy, goes to the proverbial crossroads to meet a man she has heard can give her what she wants. When she arrives at the barren spot, her vulnerability moves the man to offer her a way out, a chance at real happiness, if only she can recognize it.

Minka
USA, 2010, 15:07 min., Digibeta
Director: Davina Pardo
Producers: Andrew Blum, Davina Pardo
Synopsis: In 1967, an American journalist and a Japanese architect rescued an ancient farmhouse found in the snow country of Japan, and their lives were forever changed. Minka is an intimate story about architecture, memory, and the meaning of home.

North Atlantic
Portugal/United Kingdom, 2010, 15 min., HDCam
Producer/Director/Writer: Bernardo Nascimento
Producer: James Youngs
Cast: Clive Russell, Francisco Tavares, Grant Masters, Guilherme Mendonca Synopsis: An isolated air-traffic controller in an island off the Azores archipelago receives a transatlantic emergency signal from a lost plane. As the engagement with the lone pilot unfolds, it emerges that their newfound friendship will not last through the night.

Persimmon
Japan/USA, 2011, 19:30 min., Blu-Ray
Director: Dean Yamada
Producers: Ellie Pappuleas, Paul Nethercott, Rachel van der Merwe, Yu Shibuya
Writer: Yu Shibuya
Cast: Aduchi Kaneko, Ai Ozaki, Atsurou Tokuoka, Masayuki Yui, Sahori Ehara, Sakae Kimura, Yugo Saso
Synopsis: Tamotsu is expecting a persimmon to dry and yet he cannot accept that it is time for a man on his deathbed to die. As the persimmon mysteriously, or supernaturally, holds out from drying, so Tamotsu tries his hardest to keep the man alive. Only when Tamotsu has let go can the persimmon take its natural course.

Sexting
USA, 2010, 8 min., DCP
Producer: Tim Harms
Writer: Neil LaBute
Cast: Julia Stiles, Elizabeth Greer, Jamie Anderson, Marin Ireland, T. Lynn Mikeska
Synopsis: A misdirected text message prompts a young woman to meet the wife of her boyfriend at a cafe. The wife’s husband has been telling her he is going to leave the wife to be with her, yet he continues to delay their plans. After receiving a sexy text message meant for his wife, the young woman decides to talk to the wife and get the real story of what is going on in their relationship.

Winter Frog (Grenouille D’hiver)
France, 2011, 17:43 min., DCP
Producer: Jean Maurice Belayche
Writer: Slony Sow
Cast: Gerard Depardieu, Sabine Lenoel, Eriko Takeda
Synopsis: Benjamin, a winemaker, sees his wife die in his arms following a long illness. He feels there is only one thing left for him: death. But a young Japanese woman, coming specially to taste his wine, will gently bring him to mourn the death of his wife by a series of symbols and exchanges between two cultures.

Bone’Yeerd
USA, 2011, 9 min., HDCam
Writer/Director/Producer: Tom Salvaggio
Synopsis: The Gothic tale of a lonely farmer who descends into madness when he cannot let go of the woman he loves.

Galeana No. 8
USA/Mexico, 2011, 12 min., HDCam
Director: Andres Perez-Duarte
Producer: Sebastian Celis and David Guti Rosado
Writer: Andres Perez-Duarte
Cast: Eduardo España, Christian Vasquez and Mary Francis Reyes
Synopsis: Two parallel stories unfold – two kidnappers deal with their hostage’s destiny; two co-workers receive a muffled phone call from their boss who appears to be in danger. While the two kidnappers decide what to do with the hostage, a revealing twist proves a new perspective to each side of the phone call.

The Girl and the Fox
USA, 2011, 5:30 min., Blu-Ray
Director: Tyler Kupferer
Producer: Nick Allred
Writer: Tyler Kupferer
Synopsis: Ilona, a nine-year-old girl who lives in the wilderness with her mother and father, has fallen on hard times. Supplies are running low, and when a mysterious fox starts killing their livestock, she has no choice but to track down the strange creature in order to ensure the survival of her family.

The Reality Clock
USA, 2011, 7 min., Digibeta
Director/Writer: Amanda Tasse
Cast: J. Louis Reid, Marco Tazioli
Synopsis: The Reality Clock is an experimental animated portrait of an elderly watchmaker’s struggle to accept the influence of early stage dementia on his identity and sense of time. Through contemplating who the raw essence of a person is when stripped bare of new memories and rational clarity, “The Reality Clock” searches for a sense of beauty and peace amidst the confusion.

The Renter
USA, 2011, 10 min., HDCam
Director: Jason Carpenter
Cast: Corey Shiffman, Taylor Sanches
Synopsis: A young boy is dropped off at an elderly woman’s home for the day. A lone man, who rents a room, adds to the unsettling atmosphere. The savage slaughter of a chicken makes this daycare a harsh and confusing world for the boy, who learns caring can be shown in unexpected ways.

The Secret Number
USA, 2011, 14 min., Blu-Ray
Director: Colin Levy
Producers: Frank Ponce, Roque Nonini
Writer: Colin Levy
Cast: Daniel Jones, Tom Nowicki
Synopsis: Tomlin, a psychiatrist in a mental hospital, has a disturbing conversation with one of his patients, a mathematician who intends to prove the existence of a secret integer between three and four. When he begins to dig deeper, the mathematician mysteriously disappears from the hospital, confirming Tomlin’s hunch that their fates are deeply entwined.