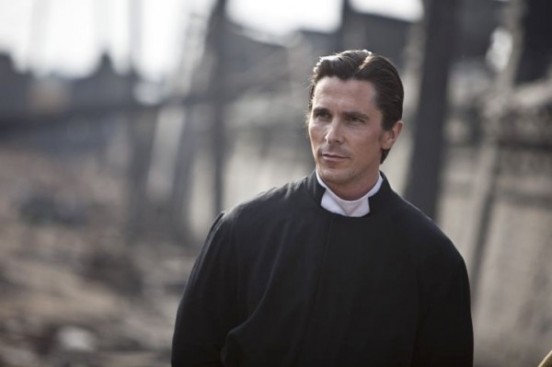 Actor Christian Bale who is in China for the premiere of his latest movie, “The Flowers of War,” was reportedly roughed up by Chinese government-backed guards on Thursday when he tried to visit lawyer, Chen Guangcheng who has been  imprisoned in his home by authorities, along with his wife and child, since his release from prison in September 2010.

The incident was captured by a CNN camera crew who accompanied Christian Bale on the eight-hour drive from Beijing to Dongshigu village, to visit Chen Guangcheng who is blind.

“What I really wanted to do was to meet the man, shake his hand and say what an inspiration he is,” Mr. Bale said.

According to the NY Times, Mr. Chen, a self-taught lawyer, crossed Chinese authorities after he took on the case of thousands of local women who had been the victims of an aggressive family planning campaign that included forced sterilizations and abortions. In 2006, he was sentenced to four-and-a-half years during a trial that his legal defenders described as farcical. The charges included destroying property and organizing a crowd to block traffic, crimes allegedly orchestrated while he was under house arrest.

The whole incident may prove tricky for Chinese authorities as Christian Bale is currently starring in the Chinese film, The Flowers of War, which is also the Chinese official foreign film submission for the Academy Awards. Directed by Zhang Yimo, the film depicts Japanese atrocities during their 1937 occupation of Nanjing; and  Christian Bale plays a Catholic priest who tries to save young Chinese women who have taken refuge in a Catholic boarding school during the Japanese invasion.

The film opens this week in China, and on December 23 in the United States and Europe.