Horror Film Cabin in the Woods to open 2012 SXSW 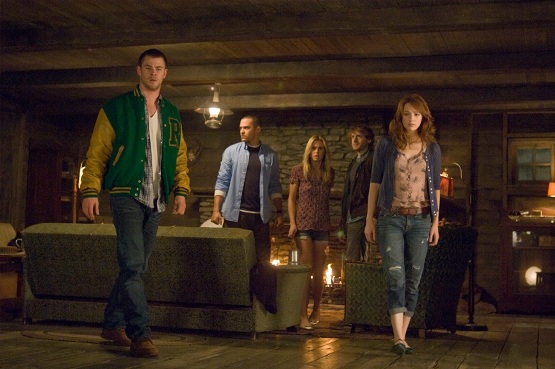 The world premiere of the horror film, The Cabin in the Woods, will open SXSW 2012. Described as ‘ Five friends go to a remote cabin in the woods. Bad things happen” … the film takes the horror genre, shakes it down, and smacks it upside the head.

SXSW also revealed 6 additional screening at the 2001 festival including Lena Dunham’s (Tiny Furniture) return with her HBO series GIRLS, which will premiere the initial three episodes publicly for the first time.

Dunham, Executive Producer Judd Apatow and other key members of the GIRLS production team will also appear at the SXSW Film Conference to discuss GIRLS before it kicks off its ten-episode season in April, exclusively on HBO

The additional titles at SXSW Film are:

The definitive life story of Bob Marley – musician, revolutionary, legend – from his early days to his rise to international superstardom. Made with the support of the Marley family, the film features rare footage, incredible performances and revelatory interviews with the people that knew him best. Directed by Academy Award Winner Kevin Macdonald.

A funny, irreverent and insightful look into the life and times of one of America’s most important artists, Wayne White.

When Franklin Franklin accidentally kills his landlord, he must hide the body; but, the wisdom of his beloved brother and the quirks of his neighbors, force him on a journey where a fortune awaits him.
Cast: Matt Lucas, Billy Crystal, James Caan

An agoraphobic father teams up with a renegade priest to save his daughter from the clutches of a gang of twisted feral children.
Cast: Aneurin Barnard, James Cosmo, Wumni Mosaku

Created by and starring Lena Dunham (Tiny Furniture), the show is a comic look at the assorted humiliations and rare triumphs of a group of girls in their early 20s.
Cast: Lena Dunham, Allison Williams, Jemima Kirke