Two filmmakers, Mike deGruy, a biologist and conservationist, and Andrew Wight, a pilot and underwater cave diver, working with filmmaker James Cameron and National Geographic on a documentary film, were killed in a helicopter crash in Australia on Saturday. 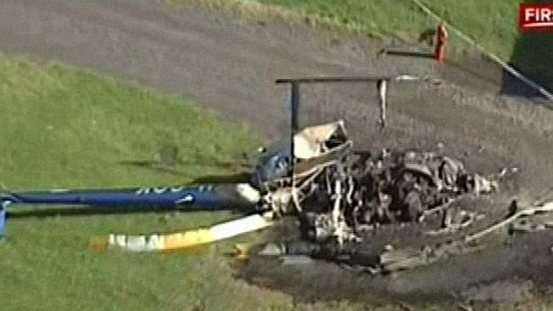 Mike deGruy, 60, spent 30 years producing and directing documentary films about the ocean and was the director of undersea photography for Cameron’s Last Mysteries of the Titanic.

Reacting to the deaths, Cameron said, “Mike and Andrew were like family to me. They were my deep-sea brothers, and both were true explorers who did extraordinary things and went places no human being has been. They died doing exactly what they loved most, heading out to sea on a new and personally challenging expedition, having fun in the way they defined it for themselves, which was hardship and toil to achieve something never done before. They were passionate storytellers who lived by the explorer’s code of humor, empathy, optimism, and courage. Their deaths are a tremendous loss for the world of underwater exploration, conservation, and filmmaking.”

Cameron added, “Andrew was kind and loyal, full of life and a sense of fun, and above all, a careful planner who stressed safety to everyone on his team every single day. It is cruelly ironic that he died flying a helicopter, which was second nature to him, like driving a car would be to most people.”