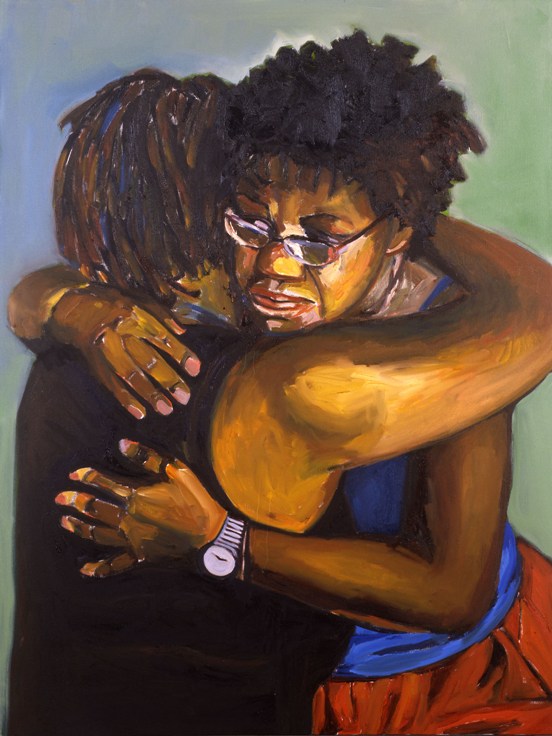 The documentary RAISING RENEE will premiere on HBO 2 on February 22.  The documentary is a touching look at two sisters, Renee, who is is a mentally disabled 43-year old named Renee who functions at the level of a third grader and her sister Beverly, a painter who vows to their mother that she will care for Renee.   Filmed over the course of six years, the film takes a look at the lives of Renee and Beverly and how they change each other’s lives.

Artist Beverly McIver was enjoying a skyrocketing career as a painter when a casual yet life-changing promise made to her mother Ethel years before – to take care of her mentally disabled sister Renee – came due. RAISING RENEE follows the McIver family from the time when Ethel and Renee shared a home in Greensboro, NC, through Ethel’s illness and death, to the pivotal moment in 2004 when Beverly brought Renee to live with her in Phoenix, Arizona. The film chronicles Beverly’s promise to “raise” her sister, a 43-year-old woman who functions at the level of a third grader, and the way it transforms Beverly’s life at a time when she had hoped to focus on her burgeoning career and on finding a life partner. Raising Renee unfolds with humor, drama and unexpected twists, and provides a deeply intimate view of a unique family of women, the tenacity of family bonds, and the power of art to transform experience into something beyond words.

Academy Award® nominated husband and wife filmmaking team Steven Ascher and Jeanne Jordan have been making documentary and fiction films for over 20 years and RAISING RENEE is the third in their Family Trilogy, including “Troublesome Creek” and “So Much So Fast.”  “Troublesome Creek: A Midwestern,” won the Grand Jury Prize and Audience Award at Sundance, the Prix Italia, Peabody and IDA awards, and an Academy Award® nomination. Previously, “So Much So Fast” premiered at Sundance and was broadcast worldwide, including a special presentation on PBS’ “Frontline.”