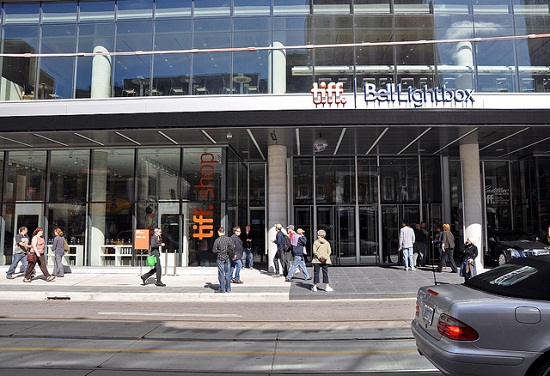 “Chris has long been a champion of Canadian and international experimental film and video,” said Cowan. “His commitment and experience within the local and international experimental film and video community as well as his active participation in artist-run culture in the city make him a great asset to our Programming team. We are thrilled to have him on board.”

Kennedy is an accomplished programmer, curator and filmmaker with over a decade of experience programming experimental film and video. He was part of the programming committee for Toronto’s Pleasure Dome for six years, where he was instrumental in programming the Jack Smith retrospective and topical programs on Culture Jamming and the Second Gulf War. As Programmer for the Images Festival, he played a key role in organizing the Canadian Spotlights of Vincent Grenier and Robert Lee, introducing local audiences to Renzo Martens and Egyptian video art, and bringing in live performances such as Aki Onda and the show-stopping mash-up, Hop-Fu! He has also been guest curator for the New Nothing Cinema and the San Francisco Cinematheque, as well as a Board member for the Canadian Filmmakers Distribution Centre. Kennedy’s films have shown in many national and international film festivals including Media City, the Berlin International Film Festival and the Hong Kong International Film Festival.

“This is a crucial time for experimental media in general as the definitions and formats continue to be challenged,” said Kennedy. “I’m delighted to have the opportunity to build on The Free Screen’s reputation of bringing experimental work to a curious and engaged audience, and plan to keep on exploring its connections with global cinema and contemporary art during this exciting time.”

Since its inception, The Free Screen has showcased work by established and emerging artists engaged in fields ranging from avant-garde film and animation to visual arts, essay films and video art, often with leading artists in attendance to discuss their work. The series has been overseen by some of the country’s most important programmers, including its founder Susan Oxtoby, Toronto-based filmmaker and programmer Chris Gehman, and Andréa Picard, Wavelengths curator and curatorial head for the Visions programme at the Toronto International Film Festival.

Kennedy’s first season as The Free Screen programmer will launch on March 21 with a salute to Jan Peacock. One of Canada’s most important video artists and one of the winners of this year’s Governor General’s Awards in Visual and Media Arts, Peacock has influenced and guided successive generations of artists in their explorations of the video medium. Jan Peacock: Using Clouds for Words is a survey of her oeuvre that includes gems such as her early video, California Freeze-Out (1980), made while a graduate student at UC San Diego and included in the influential California Video show curated by Kathy Rae Huffman for the 1980 Paris Biennial; Wallace & Theresa (1985), in which she memorializes her friend Theresa Hak Kyung Cha, an artist and writer whose life was cut brutally short; and (Bliss) (Dread) The Road Rises to Meet You (1987), a key piece made during the maelstrom of the AIDS epidemic. The screening will be preceded by a looped version of her most recent work, touch 1.0 (2012). Peacock will be in attendance to introduce the film and for a Q&A session after the screening.

On April 11, The Free Screen, in co-presentation with the Images Festival, will feature the Toronto premiere of American collage-artist and filmmaker Lewis Klahr’s The Pettifogger (2011). A narcotic mixture of noir-driven intrigue and brooding, contemplative passages driven by strong mood music and found dialogue from radio potboilers, Klahr’s longest piece to date is an elliptical narrative of a year in the life of an American gambler and con man (the “petty fugger” of the title), circa 1963. The filmmaker will be in attendance to introduce the film and to do a Q&A session after the screening.

Tickets to The Free Screen are free and are available as of 10 a.m. on the day of the screening in person only at the TIFF Bell Lightbox box office.