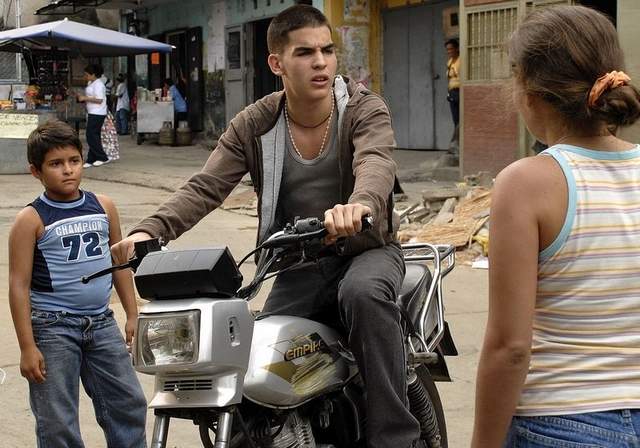 The films Under My Nails took the top US film prize, and the Venezuelan film The Rumble of the Stones took the top international prize as well as best director prize for Alejandro Bellame Palacios at the 2012 HBO® New York International Latino Film Festival (NYILFF). The festival presented its 2012 awards at a ceremony on Sunday, August 19, in the categories of Best Domestic Feature, Best International Feature, Best Director, Best Documentary and Best Short.

“This year’s festival line up was outstanding in its quality and range of diversity,” said Calixto Chinchilla, NYILFF Founder and Co-Executive Director. “We hope to continue to bring the highest quality films and stories to the New York community.”

Dora has always dreamed of becoming a fisherman like her father. However, everyone in her Peruvian fishing village wants her to marry instead. Presented by Avid. Winner receives a Media Composer 6.

BEST DOMESTIC FEATURE: “UNDER MY NAILS“

Solimar, a Puerto Rican woman who works in a nail salon, becomes intrigued by the violent sexual practices of her new neighbors, Roberto and Perpetuel. When Perpetuel returns home to the DR, Solimar goes from voyeur to participant in Roberto’s games of sex and power. Presented by HBO®. Winner receives $5,000 cash award.

Single mother Delia struggles to raise her sons, William and Santiago, in a shantytown of Caracas, but it seems that everyday they slip farther away from her and closer to a life of crime and delinquency. Presented by El Diario-La Prensa. Winner receives $1,000 cash award.

High up in the Sierra Maestra mountains, where Castro’s revolution began, “El Médico,” a doctor and musician, serves the cause. When a Swedish music producer sees “El Médico” as the next big thing, Communist ideals collide with capitalist dreams, with the magic and beauty of Cuba and her music as backdrop. Presented by HBO®. Winner receives $1,000 cash award.

“The Acting Lesson,” an original screenplay by Carmen Peláez, was chosen as the 2012 winner of the HBO/NYILFF Short Film Competition. The screenplay tells the story of Emily, a rising starlet who interviews her director’s maid Pepa, claiming that she is doing research for her next big movie role. But when the questions get personal, Pepa is forced to delve deep into her own history, erasing the line between telenovela and real life.

In addition to receiving the $15,000 grand prize, an HBO creative executive will serve as a mentor to Peláez and consult during the production of the winning script to film. The short, which is being shot in the Miami area and co-directed by Peláez and Nicholas Calzada, was exhibited during screenings at the New York International Latino Film Festival, August 13-19, in New York City.