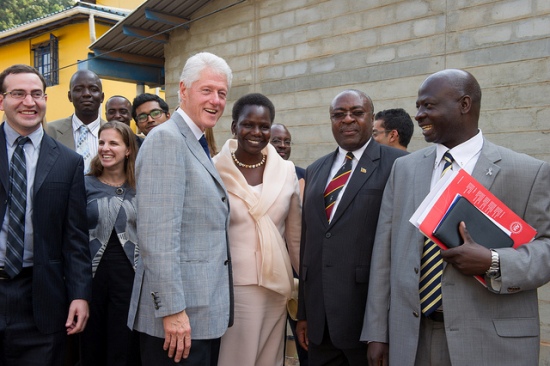 HBO and Martin Scorsese will partner for a documentary about William Jefferson Clinton, 42nd President of the United States. According to the press release, the film will be made with Clinton’s full cooperation, and will explore his perspectives on history, politics, culture and the world, with Scorsese producing and directing, and Steve Bing producing.

“President Clinton is one of the most compelling figures of our time, whose world view and perspective, combined with his uncommon intelligence, make him a singular voice on the world stage,” said Plepler and Lombardo. “This documentary, under Marty’s gifted direction, creates a unique opportunity for the President to reflect on myriad issues that have consumed his attention and passion throughout both his Presidency and post-Presidency.”

“A towering figure who remains a major voice in world issues, President Clinton continues to shape the political dialogue both here and around the world,” observed Scorsese. “Through intimate conversations, I hope to provide greater insight into this transcendent figure.”

“I am pleased that legendary director Martin Scorsese and HBO have agreed to do this film,” said President Clinton. “I look forward to sharing my perspective on my years as President, and my work in the years since, with HBO’s audience.”

William Jefferson Clinton, the first Democratic president in six decades to be elected twice, served as 42nd President of the United States from 1993 to 2001, leading the U.S. to one of the longest economic expansions in American history. After leaving the White House, he established the William J. Clinton Foundation with the mission to improve global health, strengthen economies, promote healthier childhoods and protect the environment by fostering partnerships among governments, businesses, nongovernmental organizations (NGOs) and private citizens to turn good intentions into measurable results. To date, more than 2,100 Clinton Global Initiative commitments have improved the lives of 400 million people in 180 nations.

President Clinton was born Aug. 19, 1946, in Hope, Ark. He and his wife, Secretary of State Hillary Rodham Clinton, have a daughter, Chelsea, and live in Chappaqua, NY.

The Clinton documentary marks Martin Scorsese’s fourth collaboration with HBO, following the documentaries “Public Speaking” (2010) and the Emmy®-winning “George Harrison: Living in the Material World” (2011), and the hit series “Boardwalk Empire,” for which he serves as an executive producer, as well as winning an Emmy® for directing last year.