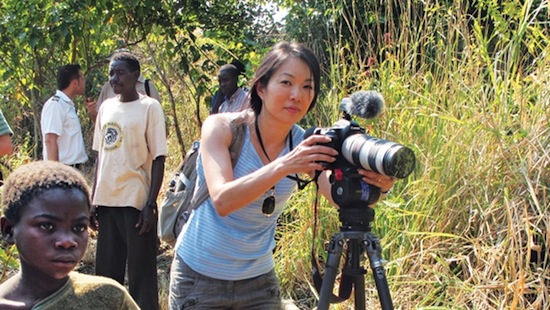 The program will be curated by Amir Bar-Lev director of the documentary films “Fighter” (2001), “My Kid Could Paint That” (2007), and “The Tillman Story” (2010). He co-produced the documentary “Trouble The Water” (2008), which won the 2008 Full Frame Grand Jury Award and was a 2009 Academy Award Nominee. Bar-Lev is currently directing “Happy Valley”, about the Penn State scandal.

The festival will honor Jessica Yu with the Full Frame Tribute and will feature a retrospective of her work. Yu is a director of both documentaries and scripted films. She won an Oscar® for Best Documentary Short for “Breathing Lessons” (1996), a film about Mark O’Brien, a poet confined to an iron lung. Her latest film for Participant Media, “Last Call at the Oasis” (2011), is a chronicle of the water crisis.  Her documentaries include the award-winning features “Protagonist” (2007), “In the Realms of the Unreal” (2004), and HBO’s “The Living Museum” (1998), and the shorts “Meet Mr. Toilet” (2012) and “The Kinda Sutra” (2009).

Both Yu and Bar-Lev will attend the festival. Specific titles for the Thematic Program and Full Frame Tribute, along with additional attending guests, will be announced in March.