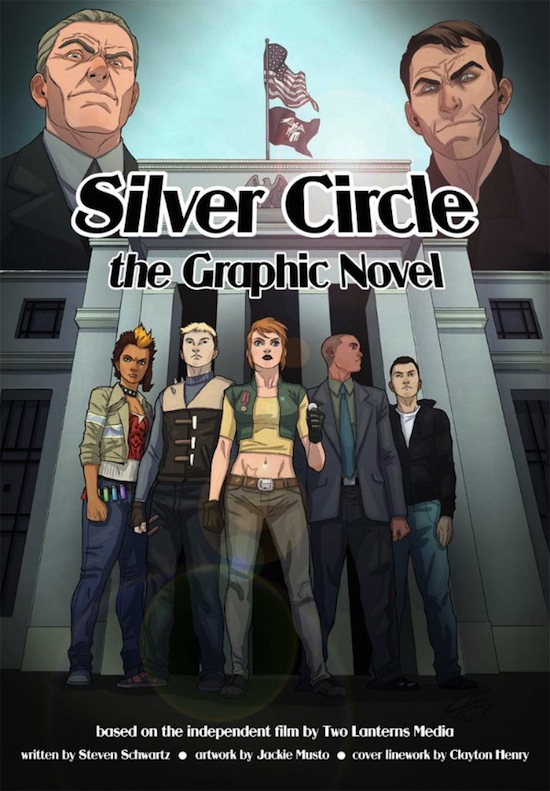 In the year 2019, the American economy has collapsed to the point that the most powerful government entity is the Federal Reserve, which maintains control of the rapidly inflating currency.  This leads to crippling levels of inflation ($150+ for a gallon of gas, $50+ for a loaf of bread, and worst of all, $90 beer “specials” at bars!)  An underground form of currency made of pure silver, called silver circles, are instead being used illegally by the public.  One of the Reserve’s newest divisions is the Department of Housing Stability, which is responsible for maintaining the prices of homes – including forcing rightful homeowners out of them, if necessary.  An agent with “HouseStab,” Jay Nelson (De’Leon Grant) is investigating a recent firebombing of homes, and finds himself reluctantly caught in a battle against the Federal Reserve alongside Zoe Taylor (Philana Mia), an alluring female resistance fighter.

Unfortunately, the political message this computer-animated film is trying to make is undermined by its poor production quality.  There are many issues regarding the Federal Reserve’s role in the economic issues in the United States, so if Silver Circle leads to even just one person reading up on those issues and drawing his or her own conclusions it would be a plus for the movement.

But the animation is so poor that I doubt only people supporting its message will embrace it. Though the movie was shot green-screen, the computer animation looks like it is from a mid-1990s point-and-click CD-ROM game and not nearly fluid enough to look professional-quality.  In fact, the animation looks particularly awful when the characters walk, and they appear like creeping bowlegged scarecrows.  The only thing animated worse are the love scenes between Jay and Zoe.  Knowing what I know about film production, I find it difficult to believe that this film could not have been made cheaper and look much more professional in live action with a digital camera (the film’s website reports the production budget was $1.6 million, and I’ve seen plenty of better-looking, low-budget action movies).  Silver Circle debuted as a graphic novel, and frankly considering the production quality of the film it should have stayed that way because while director Pahsa Roberts, writer Steven Schwartz, and the rest of the Silver Circle team have created an intriguing concept for a meaningful political thriller, the cringe-inducing visuals of the finished product makes it difficult to take the movie seriously.

An appearance by Jon Schaffer (guitarist of heavy metal group Iced Earth and long-time critic of the Federal Reserve) sums up many of the problems people have with our current currency system, but that isn’t enough to cover the entire issue.  I would recommend that if you are interested in learning more about the Federal Reserve, research the issue – but skip on watching Silver Circle as a source of information or entertainment.

Silver Circle will debut at Cinema Village in New York City on March 22.