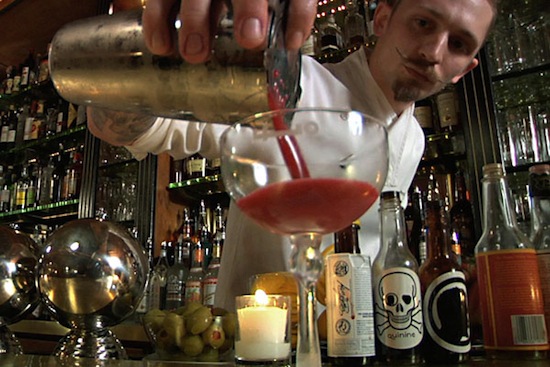 Directed by Douglas Tirola (An Omar Broadway Film, All In – The Poker Movie) and featuring a number of the world’s renowned bartenders and cocktail drinkers, HEY BARTENDER is a love story to the cocktail and the people who make them. The film gives insider access to the most exclusive bars in New York, chronicling the story of the comeback of the cocktail and the rebirth of the bartender. The film also features commentary from some of New York City’s best cocktail hosts including Graydon Carter, Danny Meyer, Amy Sacco, and Frank Pelligrini of Raos, among others.

On June 7th the film will be released at the Village East Cinema in New York City and on June 14th the film will spread into ten more markets including Sundance Select in Los Angeles, the Denver Film Center, and the Gaslamp Theater in San Diego.  The film will continue to open in various markets across the country throughout the summer and early fall, including the Roxie in San Francisco on June 28th and The O-Cinema in Miami on July 12th.