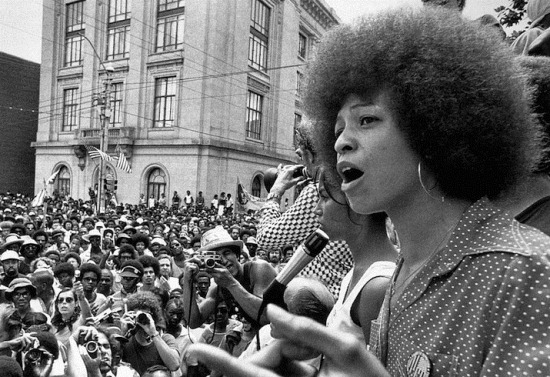 From July 18 to 28, 2013, Durban International Film Festival (DIFF) in South Africa, will feature over 250 screenings, including 72 feature films, 48 documentaries and 45 short films. As part of its African Focus this year’s festival will open with ‘ground-breaking African-noir work’ Of Good Report by filmmaker-on-the-rise Jahmil XT Qubeka. Telling the story of a serial killer obsessed with beautiful young girls, the film expands the language of African cinema. The festival’s closing film acknowledges Angela Davis, an important figure in the African diaspora, with the film Free Angela – and all political prisoners, directed by Shola Lynch. 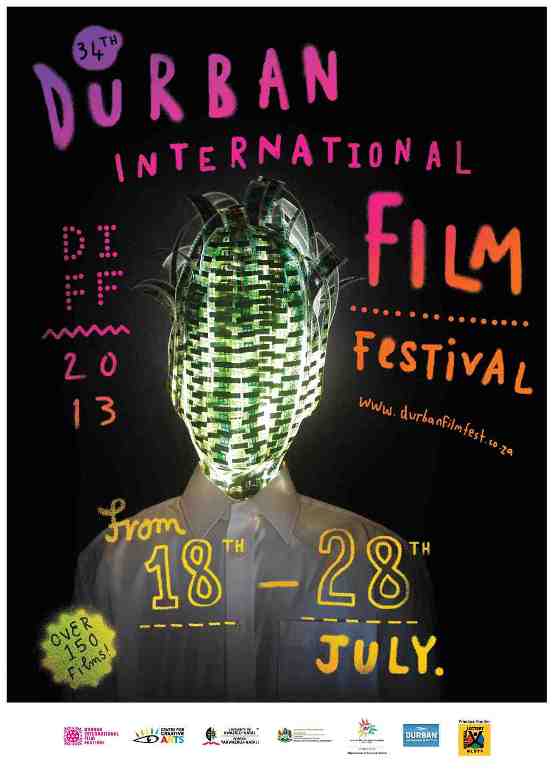 High-profile South African films being showcased include Layla Fourie (which received its world premier at Berlin earlier this year), The Forgotten Kingdom which is set in the movingly beautiful landscape of Lesotho, Felix, which tells the story of a young township boy intent following his dreams of being a musician, and The Good Man, an intriguing look at a globalised reality.

Other local films include Everyman’s Taxi Ian Robert’s anarchic celebration of the new South Africa, Andrew Worsdale’s long-awaited Durban Poison and Khumba, the latest outing from Cape Town animation studio Triggerfish that won best South African film at DIFF 2012 for Adventures in Zambezia and has gone on to widespread commercial success around the world. Blood Tokolosh tells the disturbing story of a man who finds himself under the spell of the mythical Southern African creature, while Angel of the Sky reprises the role of South African pilots during the second world war. Actorholic comes from Oliver Rodger, who gave us last year’s Copposites, and African Gothic is a US/South African co-production based on the Reza de Wet play Diepe Grond.

From further afield, DIFF 2013 presents a number of cinematic gems, most of which are engaged in expanding the language of African cinema while dealing with significant issues around life on the continent. Tall As The Baobab Tree, from Senegal, tells the story of a poor couple who try to sell their daughter off into a forced marriage. Yema, from Algeria, tells the metaphoric story of a how a mother’s relationship with her sons is defined by war and violence, while Virgin Margarida chronicles a dark chapter in Mozambican history. The Battle Of Tabato is a fascinating blend of history, music and surrealism while Le Presidente bends the form of the fiction film while asking fascinating questions. Something Necessary chronicles an intimate moment in the lives of two people from very different sides of history, while It’s Us deals with tribalised violence in Kenya with hope and vibrancy.

This year’s program also showcases films of contemporary Europe and includes the new Sally Potter film Ginger and Rosa which tells the story of two close friends during the liberal years of the 1960s. The Look of Love is the new film from DIFF regular Michael Winterbottom while Me and You is the first film in more than a decade from master filmmaker Bernardo Bertolucci.

American Independents includes Wrong the latest film from Quentin Dupieux who gave us the DIFF cult-hit Rubber in 2011 and Spring Breakers from Harmony Korine, the enfant terrible of American independent cinema. Francine tells the small and delicately drawn story of a socially inept woman who has just come of out prison, while The Place Beyond the Pines is the highly anticipated new drama from director Derek Cianfrance who gave us Blue Valentine.

This year DIFF acknowledges the wide diversity of sexual identities with films from Dennis Cotes drama Vic+Flo Saw a Bear which chronicles the relationship between an ex-convict and her much younger lover to the documentary Valentine Road which provides a sociological post-mortem on the death of a young transgender boy to Interior. Leather Bar which examines contemporary masculinity through reconstructing a censored scene from the 1980 Al Pacino film Cruising, DIFF 2013 explores a very broad continuum of sexuality. Laurence Anyways tells the sprawling but immaculately rendered tale of a transgendered man and her female lover. Dust presents a diverse group of siblings forced to confront their unfulfilled lives while Two Mothers portrays the difficult involved in a gay couple adopting a child in progressive Germany.

In keeping with a broad acceptance of diversity, DIFF’s focus includes not only GLBT sexuality but also an exploration of heterosexuality in films such It Felt Like Love in which a young girl is determined to lose her virginity and The Future in which a young girl becomes a sexual companion to a blind former action hero. Una Noche tells of two Cuban boys, one of whom has unrequited feelings for the other, as they attempt to escape across the ocean to Miami.

Documentaries that deal with sexuality gender include Pussy Riot – A Punk Prayer, I Am Divine a biopic about the gender-bending singer and artist Divine and Born This Way, about the lives of gay and lesbian people in Cameroon. Then there is the short film Atlantic Avenue which deals with the sexual attraction between a young man and a physically challenged woman.

DIFF 2013 will showcase a selection of films from the current Zombie wave, and headlining this area is the  remake of the Evil Dead which conforms in many ways to the classic zombie genre, as does Zombie Fever 3D, one of the first zombie films from Russia. On a more serious note, there’s the slow, mournful and thoroughly beautiful Halley which tells of a man whose body is rotting away. Frankenstein’s Army tells of a secret Nazi lab in which all manner of strange machines have been stitched together with human bodies. Then there’s Harold’s Going Stiff, an ultra-dry British zombie comedy with a big heart.

In addition, DIFF 2013 will screen a host of award-winning films from around the world, including works from many of contemporary cinema’s great masters. From Chinese director Wong Kar Wai comes The Grandmaster, which opened Berlin earlier this year, while Canadian director David Cronenberg descends once more into the darkness with Cosmopolis based on the Don deLillo novel. Takeshi Kitano, the king of stylised violence, delivers Outrage Beyond, while the enigmatic Closed Curtain comes from banned Iranian filmmaker Jafar Panahi. Deepa Mehta gives us a gorgeously sprawling rendition of Salman Rushdie’s Midnight’s Children while Danish dogma director Thomas Vinterberg’s The Hunt will chill you to the bone. Then there’s the exciting news that Ashgar Farhadi, whose A Separation won both the best Foreign Picture Oscar this year as well as best film at DIFF, returns with his latest film The Past.

In addition to the best fiction features from around the world, DIFF 2013 has a wealth of documentaries to satisfy a broad spectrum of tastes and interests, including a strong selection from South Africa.  Riaan Hendrick’s The Devil’s Lair transports us deep into a claustrophobic drug den on the Cape Flats, while celebrated local documentary-maker Damon Foster gives us a window into the lives of crocodiles with Touching The Dragon. Angels in Exile is a moving documentary about two proud yet impoverished children who live on the streets of Durban and The Creators pays tribute to the creative power of South Africa’s youth, including acclaimed graffiti artist Faith 47. From further afield, Drama Consult tells the cannily directed story of Nigerian entrepreneurs heading to Europe to explore the possibilities of economic co-operation, while African Metropolis is a collection of short slices of reality from around the continent. The Spirit of 45, from British feature director Ken Loach looks at the enduring influence of the labour movement during the war years while More Than Honey looks at the importance of maintaining the earth’s bee population. Algorithms presents the riveting story of blind chess players in India and Fidai is a very personal story set against the Algerian battle for independence.

For the ninth year, DIFF partners with Wavescape to screen films focusing on surfing cinema and shark stories. Bending Colors (Jordy Smith) chronicles the rise South Africa’s prodigal son who goes from teen sensation to world super star. In Revolution true life adventurer Rob Stewart goes on a mission to reveal the rapidly deteriorating circle of life on planet earth while The Heart and the Sea is a soulful and unpretentious tribute to the surf lifestyle. Other Wavescape films, including Immersion, Desert Rebels and Water From the Moon, take us around the world for some of the sickest waves on the planet.