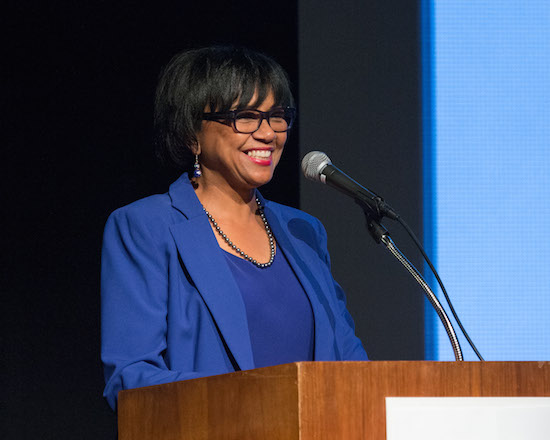 Cheryl Boone Isaacs was elected president of the Academy of Motion Picture Arts and Sciences Tuesday night (July 30) by the organization’s Board of Governors.

Boone Isaacs, who is beginning her 21st year as a governor representing the Public Relations Branch, served as Academy first vice president during the past year. She also produced the 2012 Governors Awards. Boone Isaacs succeeds Hawk Koch, who served a one-year term as president.

These will be the first officer stints for Engelman, Kurland and Cook.  Lasseter previously served one-year terms as treasurer (2011-2012) and secretary (2009-2010). Robinson served as vice president during the past year, his fourth consecutive term in that office (2009-2013).

Boone Isaacs currently heads CBI Enterprises, Inc., where she has consulted on such films as “The Call,” “The Artist,” “The King’s Speech,” “Precious: Based on the Novel ‘Push’ by Sapphire,” “Spider-Man 2” and “Tupac: Resurrection.”Boone Isaacs previously served as president of theatrical marketing for New Line Cinema, where she oversaw numerous box office successes, including “Austin Powers: The Spy Who Shagged Me” and “Rush Hour.” Prior to joining New Line in 1997, Boone Isaacs was executive vice president of worldwide publicity for Paramount Pictures, where she orchestrated publicity campaigns for the Best Picture winners “Forrest Gump” and “Braveheart.”