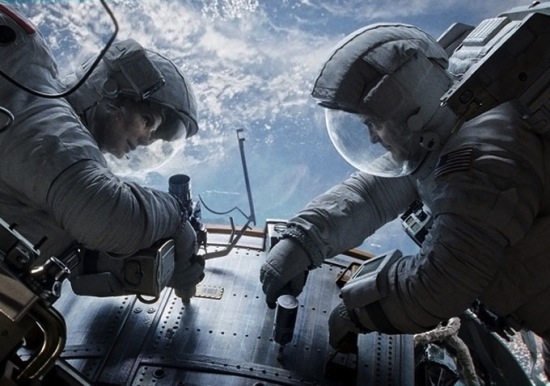 The sci-fi drama GRAVITY, starring George Clooney and Sandra Bullock, will open the 27th Leeds International Film Festival (LIFF27) on Wednesday November 6, 2013. From Alfonso Cuarón, the director of Children of Men, Gravity is described as “a unique and unforgettable cinema experience about a brilliant medical engineer on her first shuttle mission with a veteran astronaut. On a seemingly routine spacewalk, disaster strikes.”  Closing LIFF27 on Thursday November 21, 2013, is a rare screening of Hungarian director Gyórgy Pólfi’s unique FINAL CUT: LADIES AND GENTLEMEN, described as “an irresistible celebration of cinema, telling the ultimate love story using tiny excerpts from hundreds of movies ranging across film history.”

The Official Selection includes some of the most acclaimed films of the year including the winner of the Palme d’Or at this year’s 2013 Cannes Film Festival, BLUE IS THE WARMEST COLOUR. Other award winners in the Official Selection include Romanian drama CHILD’S POSE, which won the Golden Bear at the Berlin Film Festival, Alexander Payne’s NEBRASKA (Best Actor for Bruce Dern) and Alain Guiraudie’s STRANGER BY THE LAKE (Un Certain Regard, Best Director).

LIFF27 retrospective program ranges from rare opportunities to rediscover forgotten gems to celebrated classics including Walerian Borowczyk, the Polish animator and avant-gardist and Japanese master,Masaki Kobayashi with rare cinema screenings of his samurai classics Hara-Kiri and Samurai Rebellion alongside his milestone Japanese wartime epic, the 579-minute THE HUMAN CONDITION.

The Fanomenon section is the home of cult and fantasy cinema and includes the South Korean action blockbuster COLD EYES, receiving its UK Premiere in Leeds, and a unique cinema presentation for the complete animated BATMAN: THE DARK KNIGHT RETURNS, screening with a brand new documentary about Frank Miller.

Cinema Versa focuses on documentary films showcases low budget, independent features: alternative music docs, grassroots political activist films and profiles of mavericks and outsiders. The Music on Film lineup ranges from the unconventional new tour film MISTAKEN FOR STRANGERS about indie darlings The National made by the singer’s brother to HARLEM STREET SINGER about the legendary ragtime guitarist Reverend Gary Davis, whose history mirrors that of popular music in the twentieth century.  Underground Voices ranges in subject matter from everyday life in a war zone as filmed by a group of ordinary Afghans in MY AFGHANISTAN to the history of hand crafted sign painting in the USA in SIGN PAINTERS and a delegation of artists and scientists visiting the melting ice caps of Greenland in EXPEDITION TO THE END OF THE WORLD.

Award Winning Palestinian Film “OMAR" to Be Released in U.S. in Winter 2013 | TRAILER