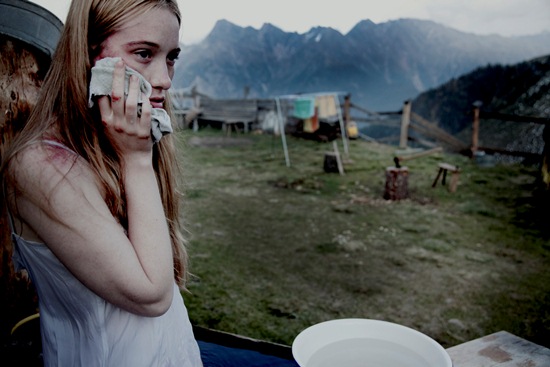 The 17th Hollywood Film Festival which ran from Friday, October 18 to Sunday, October 20 in Hollywood. announced the award winners for the 2013 Festival.  The Narrative Award for Best Film went to Markus Blunder for AUTUMN BLOOD, and the Best Documentary Award went to Lydia Smith for WALKING THE CAMINO.  The Emerging Filmmaker Award was added this year to honor a local filmmaker in the inaugural “Celebrate Hollywood” section, films either shot in Hollywood or referencing show business. The prize went to Nathan Sutton for AUTUMN WANDERER.

Narrative Award (for Best Narrative Feature)
Winner: AUTUMN BLOOD directed by Markus Blunder (Austria)
High in the mountains, a widowed mother dies, leaving her two children orphaned. Fearing being split up they keep their mother’s death a secret. They survive until villagers destroy their innocence when they brutally assault the girl. Now the siblings must come of age to protect each other and survive.

Documentary Award (for Best Documentary Feature)
Winner: WALKING THE CAMINO directed by Lydia Smith (Spain)
Six determined strangers on a life-changing journey across Spain. Whatever their motivation, no one can predict just how their paths will unfold, what personal demons or angels they will face, or what transformations they will undergo by trail’s end.

Short Film Award (for Best Short Film)
Winner: THE BRIGHT SIDE directed by Sarah Wilson Thacker (U.S.)
1940′s Hollywood glitz, glamour, and the promise of the American dream meets the harsh, gritty reality of a world at war in this musical romance, where Leonard Lewis, a young theatre performer, races against time and confusion to vie for the heart of the girl of his dreams – before it’s too late.

Emerging Filmmaker Award (for nascent local filmmaker)
The Emerging Filmmaker Award was added this year to honor a local filmmaker in the inaugural “Celebrate Hollywood” section, films either shot in Hollywood or referencing show business. The prize went to Nathan Sutton for AUTUMN WANDERER.
Winner: AUTUMN WANDERER directed by Nathan Sutton (U.S.)
While dealing with his father’s schizophrenia, and the very real possibility of it being passed down, Charlie meets the woman of his dreams.