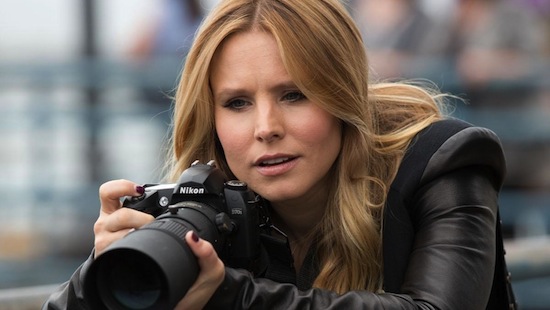 The world premiere of CHEF, Jon Favreau’s new indie film, has been selected to open the South by Southwest Film Festival – SXSW Film 2014 set to take place March 7 to 15, 2014 in Austin, Texas. Favreau wrote, directed and stars in the comedy that also features Sofia Vergara, Scarlett Johansson, John Leguizamo,Bobby Cannavale, Dustin Hoffman and Robert Downey Jr. Favreau plays Carl, a chef who loses his job and decides to launch a food truck business, while attempting to reunite his estranged family.  Six additional films have been selected to premiere at the festival including VERONICA MARS starring Kristen Bell.

The six additional premieres include:

COSMOS: A SPACETIME ODYSSEY
Director: Brannon Braga
As with the legendary original series, FOX’s new COSMOS is the saga of how we discovered the laws of nature and found our coordinates in space and time. The series is hosted by renowned astrophysicist Dr. Neil deGrasse Tyson and brings to life never-before-told stories of the heroic quest for knowledge, transporting viewers to new worlds and across the universe for a vision of the cosmos on the grandest — and the smallest — scale. Executive Produced by Ann Druyan, Seth MacFarlane, Brannon Braga and Mitchell Cannold.

DOC OF THE DEAD (World Premiere)
Director: Alexandre O. Philippe
The definitive zombie culture documentary, from the makers of The People vs. George Lucas. Doc of the Dead traces the rise and evolution of the zombie genre, its influence on pop culture, and investigates the possibility of an actual zombie outbreak.

LEAVE THE WORLD BEHIND (World Premiere)
Director: Christian Larson
A documentary following the final tour of the hugely successful band Swedish House Mafia. The film depicts the EDM scene at its peak as well as telling a story of friendship and success. (United Kingdom)

THE ACT OF KILLING, CUTIE AND THE BOXER, STORIES WE TELL Among 2014 Cinema Eye Winners